Two cities with tough reputations -- Detroit and Belfast -- met in the squared circle Wednesday night, for the fourth annual Detroit vs. Ireland bouts.

Sponsored by Bridges Beyond Boxing, a collaborative venture that seeks to forge ties between young people across religious and national borders, the event brought teen fighters from Northern Ireland and Detroit to Eastern Market's Shed 5 for a night of sanctioned boxing.

Ranging in age from 11 to late teens, at weights from 80 to 200 pounds, the fighters -- all boys, although girls have participated in the past -- battled for medals and bragging rights. The mood was friendly, with lots of mutual congratulations and handshakes across team boundaries as the night went on.

Bridges Beyond Boxing was founded to bring together young people, Irish Catholics and Protestants, whose sectarian struggles long divided Northern Ireland. Bringing the group to Detroit is a way to further build bridges, not only with the area's primarily African-American, Hispanic and Arab boxers, but with the city's strong Irish community.

Erik Olson, owner of Thomas Magee's Sporting House and Whiskey Bar in Eastern Market, served as a sponsor and host to the group. Detroit hosts the Irish team in September and the locals will travel to Belfast in May, he said.

"This is a Detroit select team, from gyms all over the area," he said. "We work very hard to have the fighters well-matched to one another."

Fighters from the Kronk, Norwayne, New Way, Downtown and other local boxing gyms were part of the team. 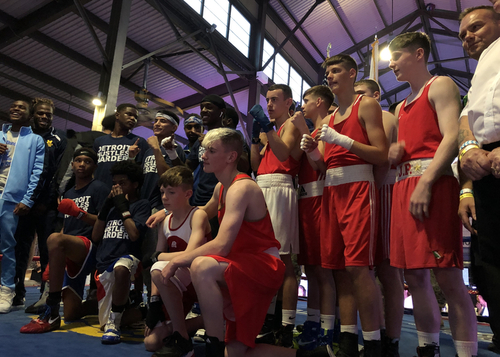 Both teams took a group photo before the fights started. (Photos: Nancy Derringer) 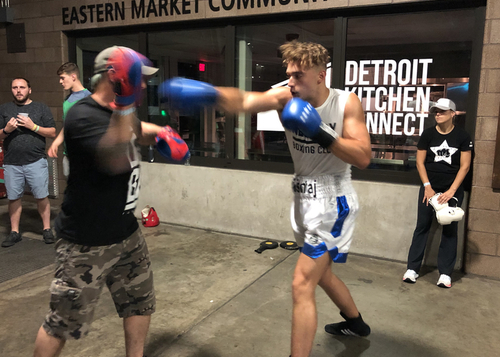 Fighter Tony Sinishtaj works the mitts with his trainer. 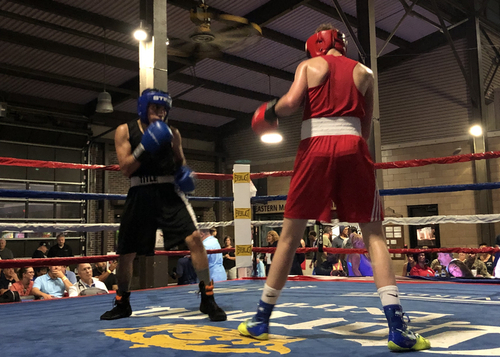 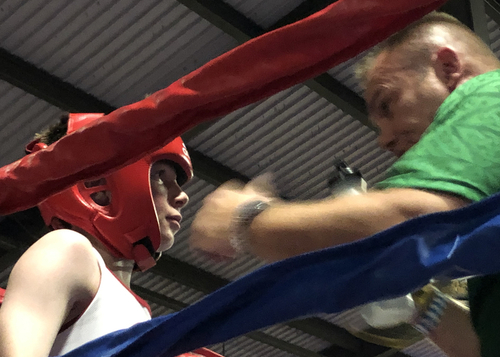 Bobby Platt, an Irish 80-pounder, gets some corner coaching. 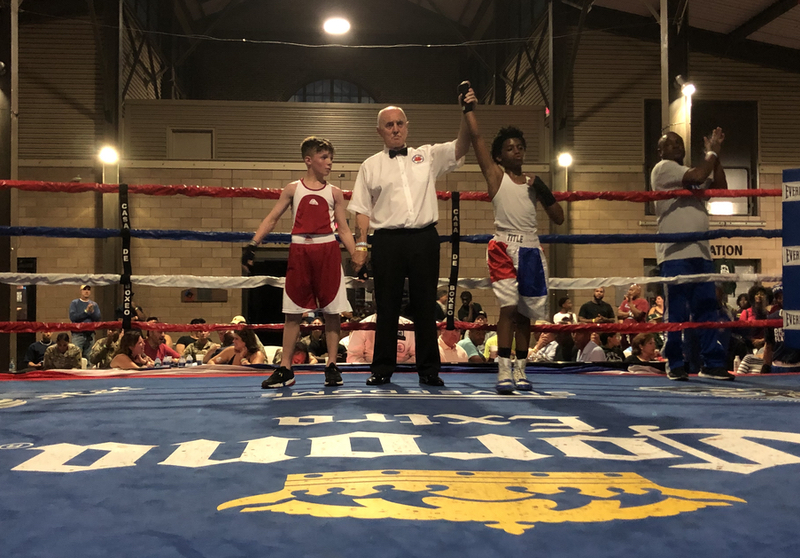