A 'Prop A-style fix' may be the solution for Michigan roads, says Finley

With state leaders hopelessly deadlocked on a solution for funding to "fix the damn roads," the solution may lie in a third way: A one- or two-cent hike in the state sales tax, with revenue dedicated to road repair, Nolan Finley writes in The Detroit News. 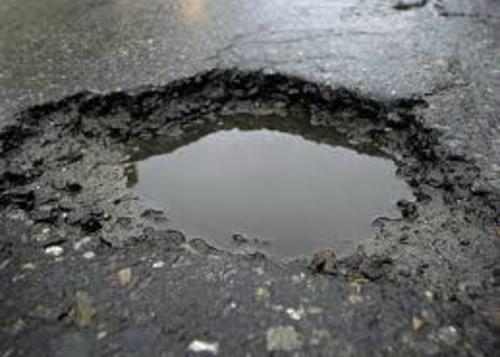 Such a solution would require a ballot proposal, and has only been successfully pursued once before -- in 1994, when Proposal A passed to restructure school funding in Michigan. But raising the sales tax from 6 percent to 8 percent would raise about $1.9 billion a year, which is close to the amount experts say is needed to repair the state's crumbling roadways, considered among the worst in the nation.

But Proposal A also offered property-tax relief, and Finley says some sort of quid pro quo may be necessary to hike the sales tax:

No matter what they tell pollsters about their priorities, residents have proved dead set against higher taxes to fix roads. In 2015, they defeated by a 4-to-1 margin a measure that would have increased the fuel tax by 15 cents a gallon, one-third of what Whitmer now seeks.

If a reasonable solution is going to come from the ballot, it has to be crafted in Prop A style. In other words, voters have to get something in return.

One idea is to remove the sales tax on fuel, which voters find onerous, but generates $600 million for schools. Give that money back to motorists and replace it with the general fund dollars that are currently going to roads.

The 1994 Proposal A still required smart politicking to pass, but the alternative is to do nothing, again, and hope we're not traveling on goat trails in another few years.