After weeks of negotiation, we have an answer: The UAW could not reach an agreement with General Motors, and called a strike against the company effective at midnight tonight, 24 hours after the last contract expired.

It will be the first such strike in 12 years. 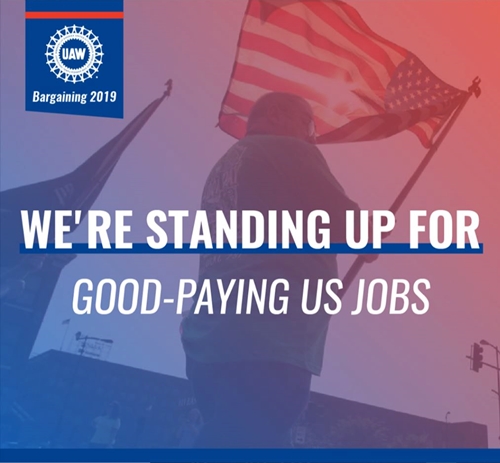 The two sides are at loggerheads over issues arising out of the 2009 bailout of the domestic auto industry, including the two-tier wage system. The automakers have since recovered and are recording record profits, which the UAW believes should be shared with the workforce.

GM pulled in $27.5 billion in profits over the past four years of the latest contract. But the company announced in November 2018 it needed to cut North American plant capacity. Four U.S. plants were "unallocated" of products, setting them up to be idled. The plants include Warren Transmission, Detroit-Hamtramck Assembly, the Lordstown complex in northeast Ohio, and Baltimore Operations in Maryland.

The union has said it will fight to get products allocated to the affected plants.

Wages are a top concern on both sides of the bargaining table: The union wants wage increases. Automakers want to cut labor costs to align with what the foreign automakers spend in their U.S. plants.

Jones said during opening-handshake ceremonies in July that the union would also work on shortening the eight-year time frame it takes for in-progression workers hired after late 2007 to make it to the top of the pay scale.

In recent months, the labor picture has been clouded by a federal investigation into the UAW, which targeted its top leadership, including president Gary Jones.

Employees of Aramark, contract custodial workers represented by the UAW, struck five plants, including four in Michigan, last night at midnight. Autoworkers arriving for work today crossed them, some with great reluctance. The two sides will be united on the picket lines after today.