Detroit's energetic young singers in this week's "America's Got Talent" finale already have made their choir a champion, in effect. 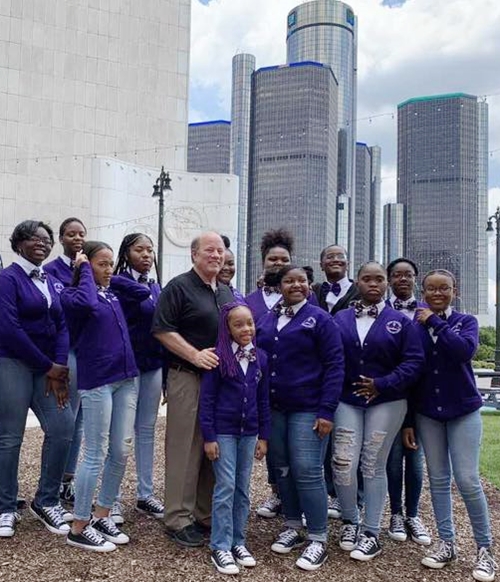 Those paying attention include executives at Comerica Bank's charitable foundation, which could become a sponsor, according to Crain's. White also heard last Friday from the Ford Motor Co. Fund with offers of new support, Welch writes.

"Ford Fund has long supported youth arts in Detroit, and we are cheering for a DYC win," Todd Nissen, director, Ford Volunteer Corps and global communications for the Ford Motor Company Fund, said in an email. "We have had preliminary discussions about how Ford Fund can support the choir."

Plus, there's also a $1-million top prize at stake on NBC's show. The Detroiters compete with nine other acts Tuesday in a live program starting at 8 p.m. The winner, based on voting by judges and viewers, will be announced on a two-hour results show Wednesday night.

The 23-year-old choir has kept a low profile up until now, working with kids from around metro Detroit to develop their musical, dance and theatrical talents on an annual budget of less than $50,000. . . .

The group has performed for the mayor of Detroit, at the NAACP Freedom Fund Dinner in Detroit, at corporate events for companies such as Ford Motor Co. and with its sister choirs from Toronto and Memphis and in Detroit.