Michigan Flavored Vape Sellers Have 2 Weeks to Comply with Ban

In just 14 days, smoke shops and gas stations across Michigan have to stop carrying flavored vape products. Retailers caught selling the recently banned e-smoke fluids after that will be hit with a $200 fine, and face jail terms of up to six months. 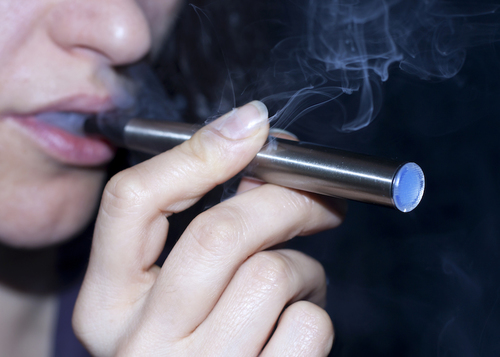 Businesses would be prohibited, where possible, from advertising for vaping products within 25 feet of the point of sale or 25 feet from candy, food or drink. Violations of the rule would be treated as misdemeanors, punishable by up to six months in jail and/or a $200 fine.

The News pulled an interesting tidbit from the Department of Health and Human Services document, which shows that regulators softened their stance on one of the rules.

The rules filed Wednesday appear to nix a provision in an earlier draft that would presume a person in possession of four or more flavored vaping products has “the intent to sell.”

Small business owners affected weighed in with the Free Press.

"It’s a catastrophe. Probably 30-50 percent of my business is from vapes," said David Isso, manager of Express Tobacco in Lake Orion. "We're probably going to have to close and I have five full-time employees."

"We’re going to take a huge loss and that’s tough for a small business," he said. "That's the way most people quit smoking, with the flavors."

The tide has turned sharply against vaping -- with or without flavored e-cig products -- in recent weeks. Serious, sometimes deadly, lung ailments have turned up in people using some vape products, particularly those touted as containing CBD, the cannabis extract said to relieve multiple health complaints. The Associated Press recently tested 30 vape products sold as containing CBD and found:

Ten of the 30 contained types of synthetic marijuana — drugs commonly known as K2 or spice that have no known medical benefits — while others had no CBD at all.

... (Alleged CBD-containing vape products have) sent dozens of people to emergency rooms over the last two years. Yet people behind spiked products have operated with impunity, in part because the business has boomed so fast that regulators haven’t caught up while drug enforcement agents have higher priorities.

Gov. Gretchen Whitmer announced a flavored-vape product ban earlier this month, and others, including President Trump, have expressed the intention of doing the same.