Greyhound station will stay open -- and on Howard Street

The Greyhound bus station on Howard Street at the Lodge Freeway, which earlier this year lost its lease and was in danger of moving or closing, will stay put indefinitely. 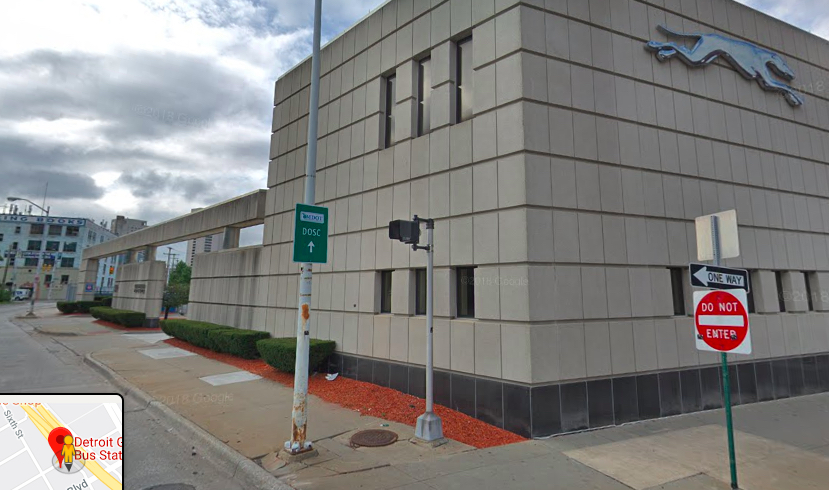 The Michigan Department of Transportation, which owns the building, reversed itself until a "multimodal facility can be built, possibly in a few years," the Free Press reports.

Earlier discussion had considered closing the current station -- which multiple developers have made unsolicited offers on -- and moving the bus depot to another central location, possibly the Amtrak station West Baltimore Street:

The decision followed a meeting MDOT held with officials from Greyhound, Amtrak and Indian Trails, a Michigan-based bus line, at the Amtrak Station on West Baltimore. As feared by transit advocates, the Amtrak Station turned out to be inadequate for adding intercity buses.

"On Monday, we conducted multiple tests with a typical intercity motor coach. The Amtrak facility is too narrow for these buses to safely pull out into traffic. We did not want to disrupt the flow of traffic on Baltimore Avenue nor cause any safety risks for arriving and departing passengers. The only possible solution would have impacted ADA parking spots, so we did not feel that was an acceptable solution," according to Michael Frezell, an MDOT spokesman, referencing the Americans with Disabilities Act.

The Amtrak station likely could not handle the volume of Greyhound traffic; 49 bus routes roll out of the station every day, serving 1,000 passengers.