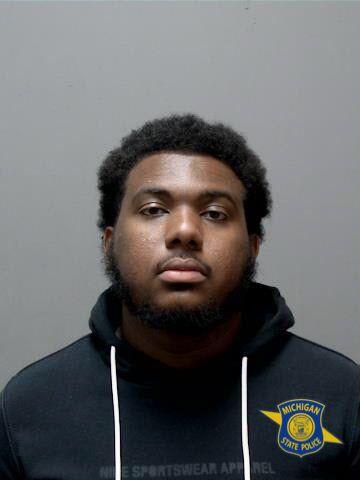 You might recall Devin Myers, 20, of Southfield, who was wrongfully stopped and questioned on the sidewalk in Royal Oak by a cop in August after a woman reported that a black man looked at her suspiciously. The cop ended up resigning and the police chief personally apologized.

Now comes a new twist in the life of Myers.

Myers was arraigned Wednesday in Detroit’s 36th District Court on charges of fleeing a Michigan State Police tropper by going 124 mph on I-96 and I-94 on July 23 at 8:30 p.m.,  five weeks before the Royal Oak incident, Mike McConnell of The Oakland Press reports.

During the incident a state trooper called for assistance from a state police helicopter, which pursed the chase but lost sight after the car headed under the TFC Center on the Lodge Freeway.

Troopers then found the running vehicle abandoned under TFC Center. Myers' wallet was on the ground next to the car, the paper says.

Police then went to his house and learned he was trying to report the car stolen. He was arrested and interviewed and then released pending further investigation. Police subsequently interviewed witnesses and checked cell phone records and charged him with third-degree fleeing and eluding (habitual offender) and false report of a felony.