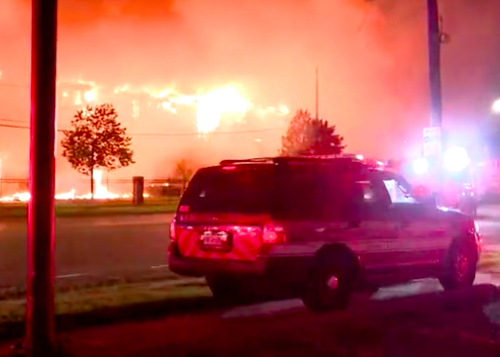 At least one person is dead and three are injured following a massive fire at a senior apartment complex on Detroit's East side, WDIV is reporting.

Media sources had video of the five-alarm blaze at St. Joseph Manor late Monday, which appeared to engulf the building. The building is on Mack Avenue near Conner on the east side.

(MDN) *BREAKING NEWS ANOTHER SENIOR HOME ON FIRE*- This is the third building fire that has struck Detroit this week. Detroit Fire department are fighting off a deadly fire at Detroit’s east side apartment. Location: Mack & Springle. pic.twitter.com/GRqVUO9nM7

Authorities are trying to find the cause.