Greg Bowens: UAW Needs to Step Up Its PR Game And Get in GM's Face

The writer, a former Detroit News reporter who was on strike there in the mid-1990s, is a local political and public relations consultant who has handled PR during strikes by Detroit Symphony Orchestra musicians and Hurley Medical Center nurses.

The UAW needs to step up its public relations game.

The old rulebook won’t work – picketing plant gates, passing out food boxes, working the media to generate sympathy for members and their families as money gets tight. That will not put the kind of public pressure needed to get GM execs to negotiate a fair and equitable contract.

Nor will it win public support to the cause.

It’s been a long, long time since the UAW has had to contend with a protracted labor dispute with one of the Detroit 3. So far, this looks like it may be the longest walkout in 50 years. A lot has changed since 1970 – global supply chains, global media, global social media networks. Heck, the internet wasn’t even a thing in the '70s.

We have a female CEO who’s smart and patient; a company that almost went out of existence and a Republican-controlled Senate and White House whose party advocated for letting GM fail. Do we even need to start on questioning the empathy of the president?

I didn’t think so. 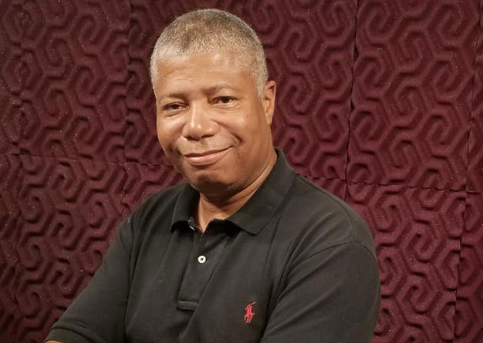 In short, the deck is not stacked in the UAW's favor. And what does the UAW PR machine do? Same old same old.

With 30.9 million Google references (literally thousands of stories generated every single day) and the best we can do is see egghead stories and commentary about company finances and the economic impact on local communities? Come on.

We are in the age of Trumpian politics where we feel the “Bern” and the generation next after millennials are walking out of schools around the world to confront adults about the climate. Somebody in leadership needs to get out there in media land and lead the troops.

The bigger deck is actually stacked in the UAW’s favor. People around the world are pissed about the economics of life. And that’s with a good job. Invite them to the party. Show the world and the rest of the country that this is more than a “normal” walkout over pennies per hour and healthcare. Get in the game and kick it up a notch.

Shake off the corruption charges and retake the moral high ground. The UAW is almost 100 years old and for decades enjoyed sterling reputation. This is a blip in time. Treat it as such.

Make the bosses feel the pain, because they’re not feeling a thing at the moment.

Yeah, Mary Barra isn’t going to miss any meals on her bazillion dollar salary. But tell you what, you can make things really, really difficult for executives watching the stock ticker on their phones.

Start with giving them something else to look at – like thousands of really pissed off striking workers and disaffected supporters surrounding GM World Headquarters at the Renaissance Center in downtown Detroit. You get the added bonus of being on an international border, the tunnel to Canada and the coverage it will bring. There’s a giant plaza at GM’s front door. Use it.

Make the GM board members earn their pay for a change. They live somewhere. Go knock on their doors, talk to their neighbors and encourage them to settle this dispute. Visit them at their companies and social-media the hell out of all of this activity. Let people know the companies they work for support union-busting -- because that’s what this is – union busting.

GM's honchos aren't scared. They’ve been to the edge of the abyss. Why would they be afraid to fall into oblivion?

Make them afraid. Not just of losing their high-paying jobs as execs. But afraid of dragging the country into an economic revolution with far reaching consequences.

This is Detroit. Winter is coming and not like in “Game of Thrones.” The snow and the cold will be real. The UAW needs to kick up the PR game now before it’s too late.