Video: Who's Hustling Who? Is Southfield Chrysler Hustling Detroit? 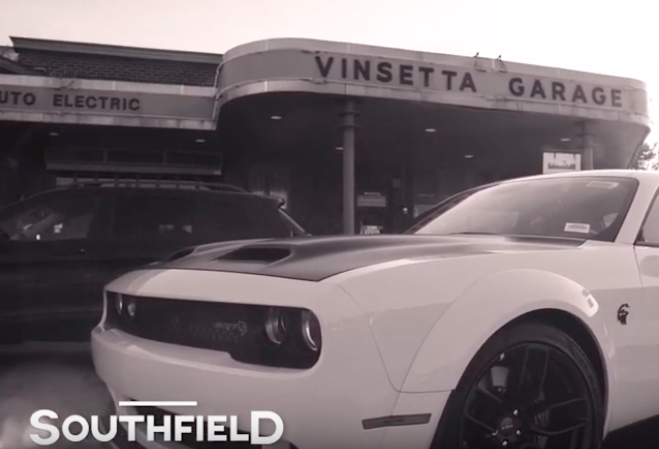 Not even in the same county, guys.

There are three Detroits; on this we can all agree. There's Detroit the city, the 139-square-mile expanse we all know and love; Detroit the metro region, or what you tell the guy on the next pool chair outside a San Diego hotel when he asks where you're from, because Pleasant Ridge is too confusing to explain; and Detroit as shorthand for the domestic auto industry.

Everyone knows this, right?

So what are they thinking at Southfield Chrysler Dodge Jeep Ram on Telegraph Road?

We've been puzzling over the dealership's TV ad all summer, which seems to be trying to cash in on Detroit Cool, but goes a little off-track.

A montage of talking heads in front of white seamless paper -- very cool -- repeats clichés about the city: "Detroit never stops," "Detroit hustles harder," "a blue-collar town," etc. Interspersed are scenes of...not Detroit, or rather of the second definition, the metro area. What's more, these are not what you'd call classic Detroit venues; the Vinsetta Garage (Berkley) and Townsend Hotel (Birmingham) make appearances before we see, yes, the Fist.

And then the script moves, abruptly, 15 miles northwest, where the next talking heads crow, "That's what Southfield is all about" and "Southfield is back" and wait, what? Did it go away? Are we selling cars in the suburbs or being all Detroit cool or what is going on here?

Or even the Townsend.

We're baffled. See what you think: