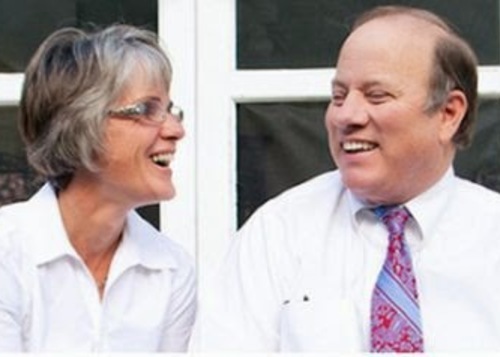 Judge Adel A. Harb of Wayne County Family Court declared the marriage over on Sept. 17, signing a document that said "there has been a breakdown in the marriage relationship to the extent that the objects of matrimony have been destroyed and there remains no reasonable likelihood that the marriage can be preserved."

Duggan's wife, Mary Loretto Maher, filed for divorce May 3, nearly six months after the two defended their marriage in wake of reports the mayor was having an affair with a physician. The couple has four adult children.

After the divorce filing, the two issued a statement:

"Life is a journey with many twists and turns. Today, a new chapter begins for the two of us. We have decided to divorce. This painful decision has not been made lightly. On the contrary, we have had many serious discussions, have sought out guidance, but in the end, feel this is the best decision for both of us. We soon may not be a married couple, but we remain in close contact and we are first and foremost parents. We will forever protect and be present together in the lives of our children and grandchildren."

The court decree noted that the two had reached a "confidential settlement agreement." Thus, the document did not provide details of the division of money and material goods, and noted that both sides chose to forgo a "full disclosure of all marital assets through formal discovery."

They also chose to pass on a trial, "which could have produced a sigifnicantly different result, favorable or unfavorable, than the provisions of this judgment and settlement agreement."

As part of the divorce, Duggan, a 61-year-old in his second term, decided to continue living in the Manoogian Mansion, the mayoral residence. The last divorced mayor to live in the mansion was Coleman A. Young.