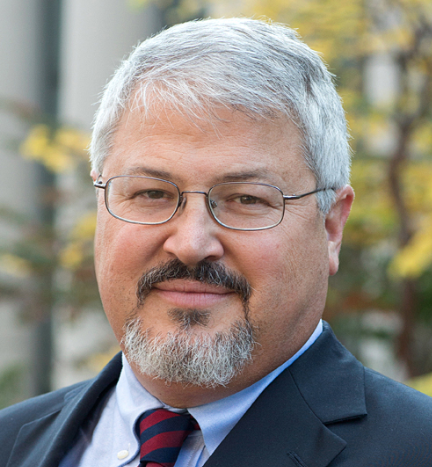 If you've followed the vanishing Jimmy Hoffa caper over the years, you've likely heard of Chuckie O'Brien, a burly, confidant who was his driver, gofer and conduit to the mob. Hoffa considered him like a son.

One theory is that O'Brien was instrumental in Hoffa's July 1975 disappearance. Others disagree, or say any role was unwitting. Whatever the case, the FBI refers to O'Brien in 1976 as a pathological liar.

Many books explore the Hoffa case. But now comes one of the more unlikely Hoffa-book authors -- Harvard Law Professor Jack Goldsmith -- a total opposite of O'Brien, his stepdad, who lives in the land of early bird specials, southern Florida.

Goldsmith's 368-page book, "In Hoffa's Shadow," came out this week and is about the former Teamsters union leader and O'Brien, now 84. Its subtitle is "A Stepfather, a Disappearance in Detroit, and My Search for the Truth."

Goldsmith is best-known for work in the George W. Bush administration as the head of the Office of Legal Counsel, where he challenged the legality of “enhanced interrogation” and warrantless surveillance programs, writes Jennifer Szalai in a New York Times revew of the book. Goldsmith changed his name as an adult from Jack O'Brien to Jack Goldsmith.

The part-Sicilian O’Brien, whom Goldsmith calls “Chuckie” throughout this new book, recalls how both Hoffa and “LCN” (La Cosa Nostra) would tell him to do all kinds of stuff, and so he would do it. “I didn’t ask questions. You never ask, Jack.”

“In Hoffa’s Shadow” is several books in one — an attempt to piece together the enduring mystery of Hoffa’s disappearance, a glancing history of the labor movement, a reflection on the government’s surveillance powers and, underpinning it all, a memoir of Goldsmith’s relationship with his stepfather. Goldsmith was 12 in June 1975, when Chuckie married into the family; Goldsmith’s mother was emotionally and mentally fragile, having attempted suicide before, but Chuckie was devoted to her. He was a stabilizing presence, at least at first.

Less than two months later, Hoffa disappeared, and Goldsmith remembers his family’s life being turned upside down, as the press started to report that Chuckie was involved. Goldsmith remained close to Chuckie, finding him to be the loving and supportive father he never had. But that changed as Goldsmith went to college, became politically conservative and started to think about a career in law; he refused to speak to Chuckie for two decades. Goldsmith is candid about this calculated estrangement, which helped him climb the ranks into the White House. “I had tossed Chuckie under the bus,” he writes. “And to my amazement, I received a ‘Secret’ security clearance in return.”

The two reconciled and in 2012, Goldsmith approached O'Brien about writing a book. 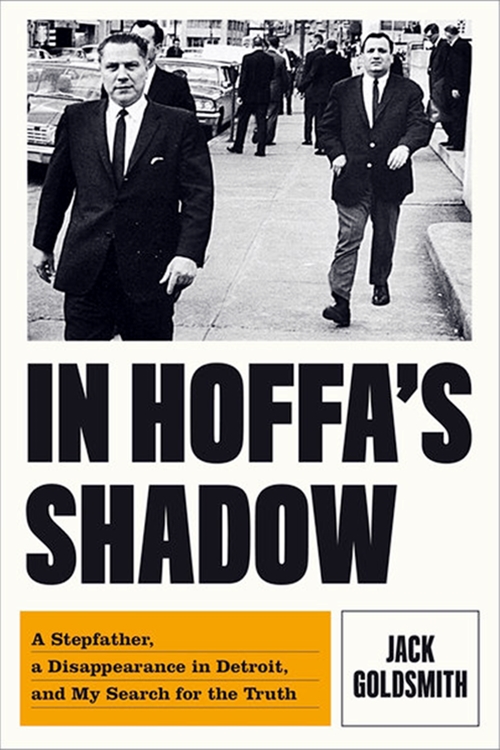 Goldsmith tries to get to the bottom of the disappearance by meeting with agents who investigated the case and pressing O'Brien for info, the Times review notes.

But O'Brien seems to know more than he says. “Jack, I tell you different stories to try to avoid the true meaning," O'Brien says.

Still, Goldsmith tells Heather Catallo of WXYZ that he believes the feds were about to clear O'Brien in the disappearance in 2013, but ended up not doing so.

Scott Burnstein, a local Hoffa expert, tells Deadline Detroit that O'Brien and Hoffa weren't on good terms at the time of the disappearance, and that Hoffa would never have gotten in the car with O'Brien at the Machus Red Fox parking lot in Bloomfield Township.

Instead, he believes O'Brien delivered a car to the parking lot of the Southfield Athletic Club about 1:30 p.m. Then Burnstein theorizes that Detroit mobster Anthony "Tony Jack" Giacalone handed the car over to a hit team that included his brother Vito Giacalone.

The team then drove from 11 Mile and Evergreen to Maple and Telegraph to pick up Hoffa in the parking lot of the Bloomfield Township restaurant around 2:45 p.m.

The rest is history.