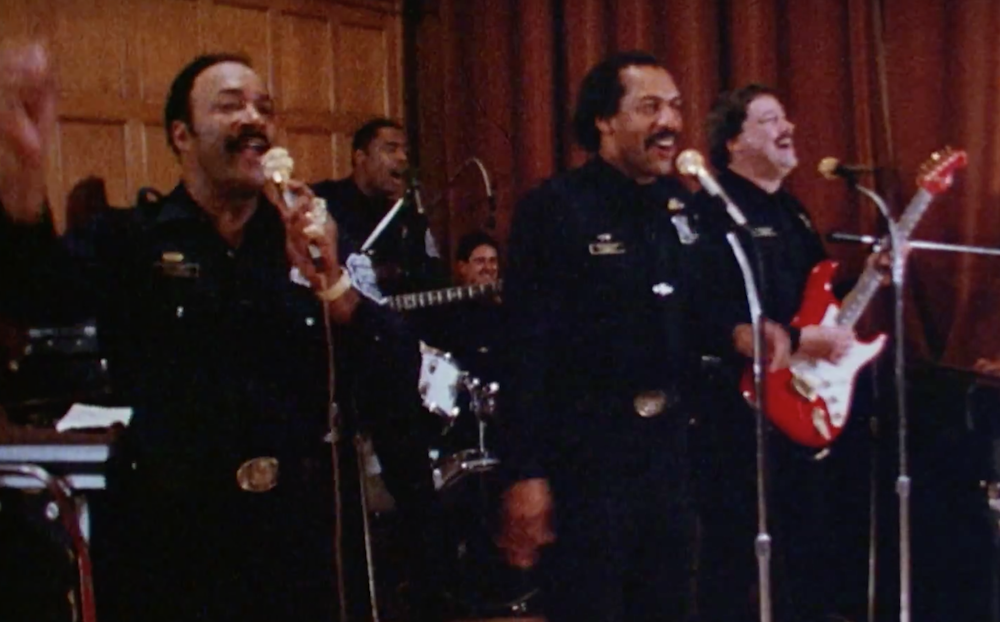 The Blue Pigs perform at Bright and Beautiful Ceremony in 1985.

The last working member of the Blue Pigs, a rock band comprised of Detroit Police officers, is retiring from the force.

Charles Henley has 50 years of service with the department.. He lent his guitar chops to the Blue Pigs, who played elementary school auditoriums around Metro Detroit. The Detroit News described the band as "arguably the Detroit Police Department's most popular community relations outreach effort."

The group used "soul and pop music and rap to tell the city's children and youth to stay in school and away from drugs," the paper reported.

The Blue Pigs formed in the early '70s. The band’s initial sound was bare-bones. Henley reminisced about their humble beginnings with the Detroit News:

"We strictly did singalongs," Henley said in an interview. "We wanted to show people that cops are human and could have fun."

In the 80’s, the Pigs dabbled in other genres that the kids seemed to like. In 1986, they dropped a ballsy reworking of Public Enemy’s “Fight the Power,” satirizing its message.