A day after the Free Press previewed a new Detroit festival that "might feel like heaven for cigar aficionados," one of its ranking editors writes on the opinion page that "Smoke on the River is a bad idea."

"Maybe a public cigar festival would have seemed fine 42 years ago, when we didn’t know better. Now, it's backward and just plain dumb," says Thursday's guest column by Randy Essex, a senior editor ("content director" in Gannettspeak) for business and planning.

Essex, 61, is an oral cancer survivor who smoked cigarettes from 15-34, so this Saturday's first-time event on the edge of downtown rubs a raw spot.

Perhaps after the Detroit Riverfront Conservancy turns over West Riverfront Park to Smoke on the River, which William Smith, the conservancy's CFO calls, "Just a great outdoor festival," it could schedule an oral cancer awareness run.

Smoke on the River, on Sept. 28, is believed to be Detroit’s first cigar-focused festival — and might be the first in the whole Midwest, Smith told the Free Press. ...

I can think of a few reasons why other cities don't have cigar, cigarette, chewing tobacco or vaping festivals. ...

While not inhaling cigar smoke might mean a lower probability of lung cancer than smoking cigarettes, it is a huge risk factor for oral cancer. 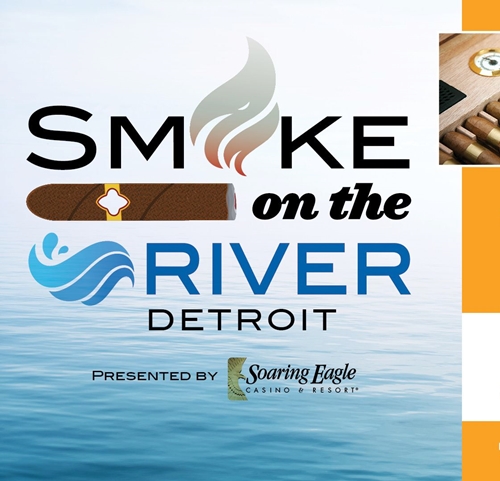 The lifelong journalist, who recounts chemotherapy and radiation treatments, has standing to argue that Smoke on the River isn't "anywhere close to a good use of the [city-owned] space or a good idea."

RiverWalk and the newly redevloped park "are not enhanced by a haze of tobacco smoke," he writes.

Essex, whose career began in Idaho months after earning a University of Nebraska journalism degree, joined the Free Press in 2006. He left in 2011 and returned two years ago.