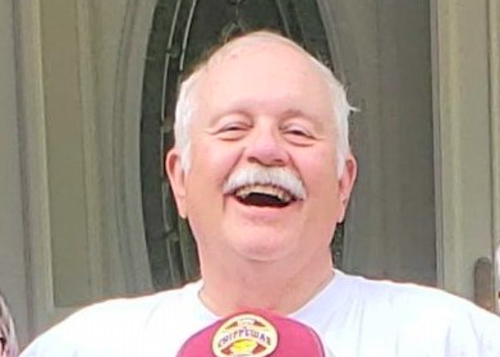 Jim Truxton: “How is it any different than GM building a new plant in the Detroit area?”(Photo: Facebook)

The president of a northern Michigan town is excited about a new economic opportunity: The previously shuttered local prison can now accept immigrants awaiting possible deportation.

According to The Detroit News, North Lake Correction Facility in Baldwin has reopened to accomodate up to 1,800 adult inmates under a contract with the federal government.

The private prison run by the controversial GEO Group can reportedly start accepting inmates Tuesday. Those detained will have been convicted of federal crimes, which typically involve nonviolent drug offenses or re-entry to the country after deportation, according to the News.

The facility has hired a couple hundred people from the area to support the influx of immigrant inmates. And Village of Baldwin President Jim Truxton tells the News he doesn't see a problem:

“A filled bed is a filled bed; it’s profit for GEO and they’re hiring people,” Truxton said. “How is it any different than GM building a new plant in the Detroit area?”

Baldwin, a town of 1,100, relies heavily on the prison. According to the News, the site makes up half its taxable value and GEO has spent millions to upgrade the waste water infrastructure in the area.

In 2017, the year the prison closed, the town reportedly couldn't even scrape together the $96,000 it needed to pay its fire fighters.