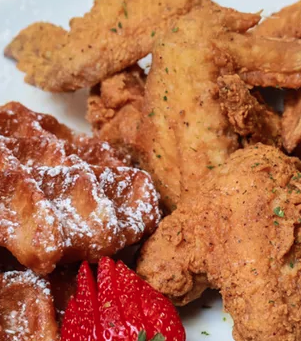 Darius Statum, owner of Views Bar & Grill on Grand River and Telegraph on Detroit's west side, is venturing into Midtown with a late-night carry-out restaurant he describes as "diner food on steroids."

He hopes to open by December.

Interestingly, he says the restaurant at 4200 Woodward Ave. will have two names: "Any Vegan Way" and "Views To Go." The vegan kitchen will be separate from Views to Go, which will offer items like lamb chops, chicken wings and catfish.

The vegan offerings will include an "amazing sausage," burgers, meatloaf, sphagetti and meatballs, sloppy joes and desserts.

It'll start as carry-out only and eventually add a small number of seats for dining-in.

The business, undergoing a major renovation, is at a spot previously occupied by Passport Pizza.