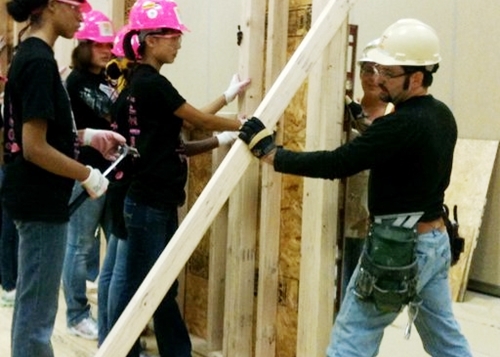 The Detroit Carpenters' Pension Trust Fund reported a funding level of 34.8 percent on May 1, 2018, as actuaries for the employer-sponsored pension plan have projected it will run out of money by 2034 without a reduction in benefits. . . .

The proposed reductions would slash pension benefits earned before 2007 by up to 16 percent. . . . Benefits earned after 2007 would not be affected.

The Southeast Michigan labor group is the biggest in Michigan to seek cuts in pension benefits under a 2014 federal law requiring multi-employer union pension funds to reduce monthly retirement checks if they're projected to be insolvent within 20 years, Chad Livengood writes in the business weekly's new issue. The pension fund for carpenters and millwrights has $772 million in assets, he adds. 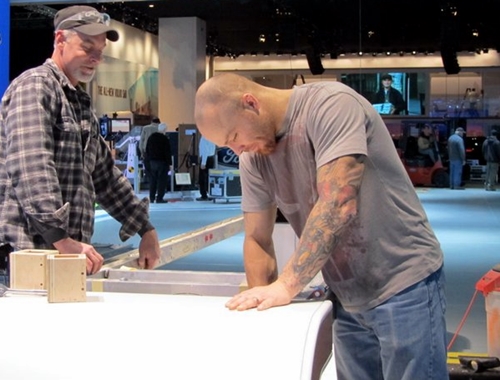 Union carpentrers help set up the Detroit Auto Show in 2011.

Tom Lutz, a floor coverer who joined the union in 1990 and is its current president, acknowledges the anguish he and other leaders feel about the move affecting 19,600 tradespeople. He tells Crain's:

Their regional union has more than 18,000 active members, including carpenters.