The writer is a freelancer and former Detroit News reporter.

What better time than after a horrid Tigers season -- 47-114 -- to look at former Detroit players who have helped their current team reach the playoffs. 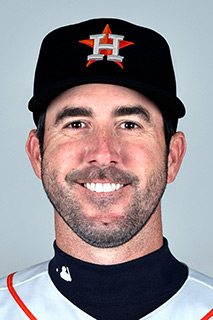 Verlander reached 300 strikeouts for the first time in his career and is a leading Cy Young candidate – along with teammate Garrit Cole - for the dominant Astros, who finished with the best record in Major League Baseball. They're looking for their, and Verlander’s second World Series title. They will play the winner of Wednesday’s American League Wild-Card game between Tampa Bay and Oakland, in an A.L. Division Series.

He also became the 18th pitcher in history with 3,000 strikeouts, surpassing the milestone in his final regular-season start of 2019 on Saturday night.

Because of the changes in the way starting pitchers are used, it has been assumed for many years that no pitcher will ever reach 300 career wins again. But the Hall of Fame-bound Verlander has 225 and shows no signs of decline, even at his advanced baseball age. A lot would have to go right for him to win 300 games, but he’s got a shot.

Scherzer is in his 12th major league season and already his fifth with the Nationals after leaving the Tigers. Washington appeared out of the playoff picture at mid-season but rallied late to grab one of the Wild-Card playoff spots. They play the Milwaukee Brewers, who also had an incredible stretch run, in the National League Wild-Card game on Tuesday.

Sanchez resurrected his career in 2018 with Atlanta. He had become ineffective and suffered injuries in last three seasons with the Tigers. Still vulnerable to the home run – he allowed 22 this season, but what pitcher isn’t in these homer-happy times. Giving up the long-ball is what led to his demise in Detroit, allowing 85 from 2015-2017, after only giving up a combined 13, in 2013 and 2014.

Fernando Rodney, Washington Nationals – Now 42 and in his 17th season, Rodney is still hanging on 10 years after he left Detroit. The reliever and former elite closer lost all three of his decisions in 2019 and had a 4.05 ERA this season in 38 games

Cameron Maybin, New York Yankees – The two-time Tiger (2007 and 2016) found his power stroke this season in the Bronx in his 13th season at the age of 32. The Yankees and Minnesota Twins became the first teams in history to hit 300 home runs in a season (Minnesota finished with 307 and New York 306) and Maybin did his part with a career-high 11 in only 269 plate appearances.

The Yankees won the A.L. East despite a ridiculous amount of injuries. They'll face the Twins in what may be a home run derby.

Shane Greene, Atlanta Braves – Dealt from Detroit at the trade deadline, he was not as effective in the National League as he was with the Tigers this season. Greene had a 4.01 ERA with a save in 27 games with the Braves, after a 1.18 ERA and 22 saves as the closer in Detroit. Atlanta faces the St. Louis Cardinals in a N.L. Division Series.

Matt Joyce, Atlanta Braves – Some Tiger fans may have to strain to recall Joyce, who came up as a left-handed-hitting rookie outfielder with power. But he was inconsistent with Detroit in 2008. After 12 home runs, 33 RBI and an .831 OPS that season, he was traded to Tampa Bay for pitcher Edwin Jackson, who – of course – returned to the Tigers this past season.

Avisail Garcia, Tampa Bay Rays – The man will go down in Detroit sports lore for allegedly tangling with Prince Fielder in the clubhouse in 2013 for reportedly having an affair with Fielder’s wife. To top that off, Miguel Cabrera reportedly re-injured himself after trying to break up the fracas. Since then, he's become a solid, if not spectacular Major League player.

Andrew Miller, St. Louis Cardinals – Miller has been dogged by injuries and ineffectiveness the past two seasons after being one of the best relievers in the game from 2013-2017. He had his second consecutive 4-plus ERA (4.45) in 2019, with a 5-6 record and six saves in 73 games.

He was a Tiger in 2006 and 2007 after being the sixth player taken in the 2006 amateur draft before he and Maybin went to the Florida Marlins in the deal that brought Miguel Cabrera to Detroit.

Bob Melvin, Oakland Athletics manager – Okay, so this may be a reach. But the veteran manager did come up with the Tigers in 1985. And as long as we’re looking back to a time when Detroit was one of baseball’s best teams, we might as well go back to only a year after the Tigers won the World Series. After his one season in Detroit, Melvin played with seven other teams in a 10-year career. He is now one of the game’s most respected managers.

It appeared Nicholas Castellanos would be on this list with a couple of weeks left in the season, after he was dealt to the Cubs at the trading deadline. He was spectacular in Chicago with 16 home runs – to give Castellanos 27 for the season -, a .321 average and 1.002 OPS in only 51 games. But the Cubs collapsed, losing nine straight at one point, and missed the playoffs, ultimately costing manager Joe Maddon his job.

Despite his overall numbers with the team, Castellanos also slumped during the skid.