Michigan Advance, a Lansing-based news site, has a preview:

The first case involving the civil rights of transgender people will go before the U.S. Supreme Court on Oct. 8 to rule whether a federal law against job discrimination on the basis of sex protects transgender people.

Aimee Stephens, a 58-year-old transgender woman from Ferndale, was fired from her position as a funeral director after informing her boss she was transgender and would wear a conservative skirt or dress to work. Two weeks later, her employer, R.G. and G.R. Harris Funeral Homes owner Thomas Rost, handed her a termination letter.

... Court documents include Rost's testimony that he fired Stephens because she "was no longer going to represent himself as a man" and would "dress as a woman." 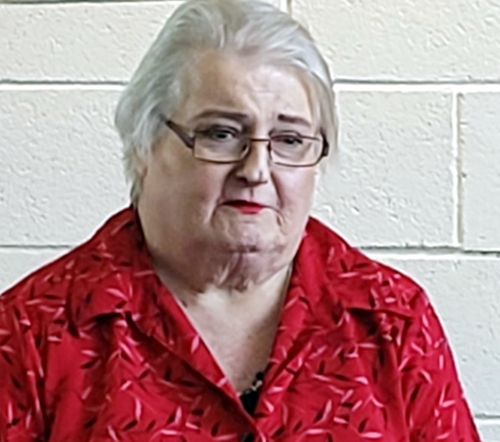 Stephens spoke Monday at an ACLU news conference. She's fighting the 2013 dismissal as illegal under the Civil Rights Act of 1964, which says employers can't discriminate against employees on the basis of sex, race, color, national origin and religion.

The news site quotes her from the media briefing:

"Never in a million years would I have dreamed that I would be where I am at. But I am here, and now that I'm here I'm not going away. Regardless of what comes down as far as the decision, I'm still not going away."

The federal Equal Employment Opportunity Commission (EEOC), on her behalf, sued the funeral home for sex discrimination. The U.S. Court of Appeals for the Sixth Circuit ruled in support of Stephens in March 2017. The funeral home petitioned the U.S. Supreme Court for review of the case in July 2018.

The Trump administration reversed a past interpretation of the Civil Rights Act as protecting LGBTQ rights, and its legal brief to the Supreme Court says the Ferndale business didn't discriminate based on sex.