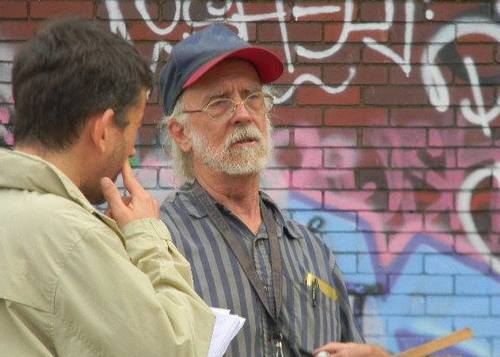 A 74-year-old man said to be the lone legal tenant at the dilapidated Packard Plant has been forced out after Detroit blight inspectors ticketed and shut down his portion of the complex.

The Detroit News reported Allan Hill's pending eviction Thursday. The paper says the warehouse he rented was closed in August after code enforcement officers found "an extreme amount of material and waste located around the building.”

Hill, who lived and worked at the space on East Palmer, is the latest high-profile victim of the Duggan administration's increasingly aggressive and at times hypocritical blight crackdown. Though the News notes his business was unlicensed and that the property may have contained a junkyard, he was ultimately forced out for being messy at a hulking eyesore.

Detroit's Building Safety Engineering and Environmental Department did not deal with Hill directly, but rather building owner Greg Meyer, the News reports.

“The owner explained he was not aware of the tenant’s actions, which he informed us were in violation of the lease,” Bell wrote. “The owner then cooperated to bring the property into compliance. BSEED is continuing to work with the owner to ensure continuous compliance with all applicable codes and ordinances, however, the tenancy issue is solely between the owner and the tenant.”

Hill has lawyered up and plans to fight the eviction.

The 74-year-old once said he and the plant were "a perfect marriage." You can learn more about his life there in the mini-documentary below.