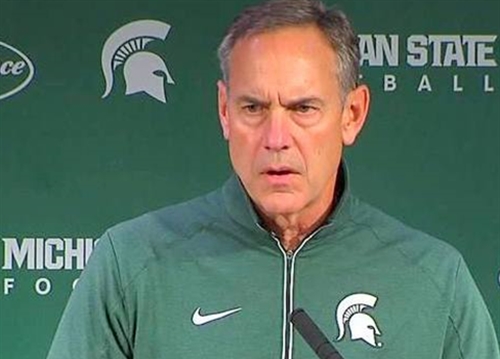 Here's the latest:  Fired MSU football staffer Curtis Blackwell, in the latest filing Tuesday in his wrongful termination lawsuit against the school, accuses law firm Jones Day of issuing a report that "manufactured" a way for the university to clear head coach Mark Dantonio of any wrongdoing in the handling of sexual assault allegations against three players in January 2017, Tony Paul of The Detroit News reports:

Jones Day lawyers James R. Wooley and Louis P. Gabel, after dozens of interviews and months of investigation, released its 13-page findings in June 2017 and declared Dantonio and his staff did nothing wrong, but did suggest Blackwell didn't handle the situation by way of proper protocol when he learned about the party. The report suggests Blackwell launched his own investigation, which he denied.