Flint's hometown hero Claressa Shields had her hometown fight cancelled Friday, after a violent incident at weigh-ins for the bout. 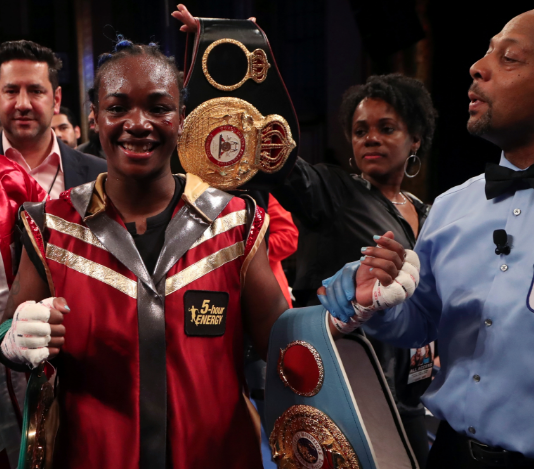 Shields had been set to fight Ivana Habazin Saturday night at Flint's Dort Federal Event Center. But that was upended when an unknown man sucker-punched Habazin's trainer before fleeing the scene.

The trainer, Bashir Ali, was taken from the arena by medics.

Ali appeared to hit his head on the concrete floor after he was punched and he had to be taken out of the arena on a stretcher before being transported via ambulance to a local hospital.

The other seven bouts scheduled for Saturday will go on as planned, according to a news release from Salita Promotions.

There was no word if the Shields-Habazin bout will be rescheduled.

The fight was to be Shields' first as a pro in her hometown. Ali worked as a trainer at the Kronk gym in Detroit for years.

Video from Friday's weigh-in showed Bashir earlier involved in a verbal confrontation with an unidentified person during the weigh-in. It is unknown if the person involved is the same person who later attacked Bashir.

Shields has not commented on the attack.

This is video of @IvanaHabazin trainer Bashi Ali being taken to the hospital after being allegedly "sucker punched" before the @Claressashields weigh in. Read More: https://t.co/tnJ1spHJt2 #claressashieldsfight #claressashields #BOXINGNEWS pic.twitter.com/Go54H537PN