Education Secretary Betsy DeVos has been a controversial Trump administration Cabinet member, to put it mildly. But does she really need a U.S. Marshals' security detail that will cost $7.87 million for 2020?

That money could sure buy a lot of books for kids... https://t.co/zjCj4S45UP

DeVos, who is from West Michigan,  is the first education secretary to receive a protective detail. Normally the marshals protect judges and government witnesses, The Washington Post notes.

This past year, her security was budgeted at $6.24 million.

The Marshals Service tells the paper that it “regularly conducts threat assessments on Ms. DeVos to determine threats to the secretary’s safety." 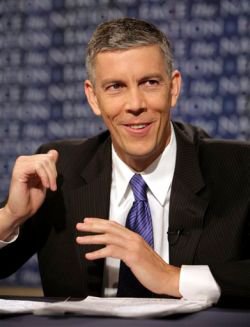 DeVos, whose confirmation by the Senate was secured only when Vice President Pence broke the tie (the first time in U.S. history), has been a lightning rod for criticism and, officials said, she became the target of threats and protesters at public appearances. Initially, she was provided security by a department security team. That changed after she visited Jefferson Middle School Academy in the District on Feb. 10, 2017, where she was met by protesters who attempted to block the entrance.

DeVos pushed back through her press secretary Elizabeth Hill who tweeted:

“It is baffling that Arne Duncan would find fault with the person who is being threatened, instead of blaming the people who are doing the threatening. Victim-blaming comments like this inflame heated rhetoric and part of the problem, not the solution.”