Some Windsor Homeless Live in Their Cars in Parking Lot

Homelessness is a problem in Detroit, but our neighbors to the south in Windsor also have a share of people who can't afford housing. Some live in their cars. 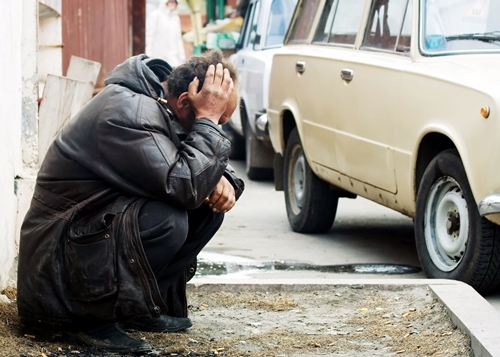 About a half-dozen vehicles serve as residences at a big-box store lot on Windsor's east side, The Windsor Star reports. Some folks have been living there for months or even years.

“We kind of like to keep a low profile,” Karen, who with her husband Marty has lived in the sprawling big box store lot since August 2018, tells the paper. He's a part-time worker putting in near full-time hours at a nearby grocery store.

One of the people told the Star he’s heard there are around 100 people living in their vehicles in the Windsor area, though that’s a number that’s impossible to confirm. When asked to describe their plight, they express frustration, bitterness, misery and despair.

“The highlight of my day is looking for a clean public bathroom and wondering where I can take a shower,” said one man who’s been living out of his late-model SUV since April, after an emotionally destructive breakup with a girlfriend out west left him virtually penniless and he returned home to Windsor. Like everyone interviewed, he requested anonymity.