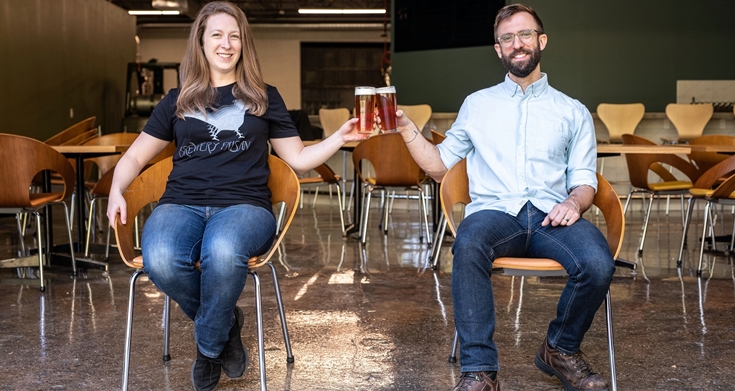 Kegs are filled with Belgian-style beer at Brewery Faisan as its two founders prepare to open at 4 p.m. Thursday in Detroit's Islandview neighborhood on the near east side.

The debut turns a three-year project into reality for Rachel and Paul Szlaga, a Detroit couple in their 30s whose interest began as homebrewers. Their microbrewery and tasting room is at 1087 Beaufait St., two blocks east of Mt. Elliott and a half-block north of Lafayette. 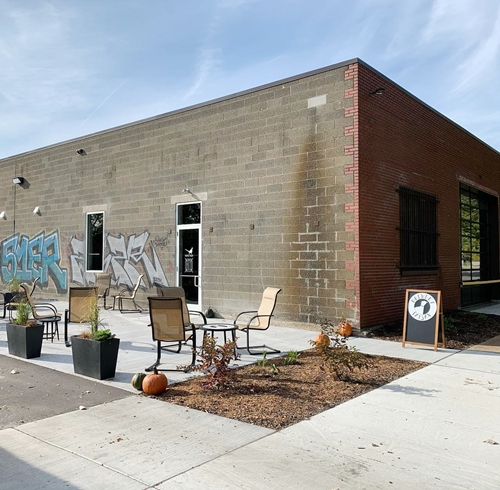 The Islandview brewery has a 12-seat patio.

"The goal of Brewery Faisan is to produce and serve a selection of the highest-quality craft beers brewed in the Belgian and American traditions," the pair post on Facebook.

Faisan is French for "pheasant," a name inspired by sightings of those birds in fields and vacant lots near the craft microbrewery. 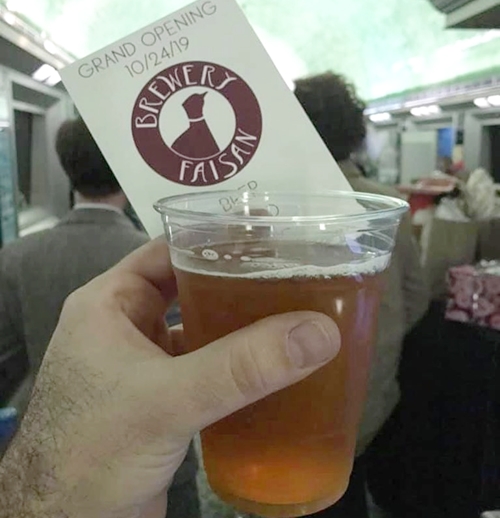 Diary-style blog entries by the entrepreneurs, who earned a Motor City Match grant last year, track "this exciting and arduous undertaking of opening a (not so) small business in the city we love."

"The project includes renovating a 9,000-square-foot warehouse and adjacent lot into a microbrewery and tasting room. We have been working toward this goal for many years."

The Szlagas are using a 15-barrel brewing system they acquired last year from Liberty Street Brewing’s Livonia production facility. The couple got their start brewing nine years ago after attending a chili cook-off event at Kuhnhenn Brewing Co. [in Warren].

Cool decor note: Tasting area tabletops are made from maple flooring recycled from the Packard Plant. They're fabricated by a nearby Detroit firm: Mutual Adoration on Kercheval Street.

Rachel Szlaga, a 2009 Wayne State alumna, worked at Detroit Institute of Bagels from 2014 until last March. Her husband, a hydraulic design project manager for a Detroit company, has a biosystems engineering degree from Michigan State ('07) and a master's in civil engineering from Wayne State ('11).

They've added knowledge and skills to achieve a brewing vision that took hold in fall 2013, according to her LinkedIn page, which lists her as the start-up's brewer, designer and manager.

Six blog entries reflect the hurdles and emotions of the past two years for these first-time entrepreneurs.

"Detroit posed a particular challenge" in finding a suitable location, they posted last year. Another entry comments on "the insane amount of time it took" for site plan compliance approval by the city's Building, Safety, Engineering and Environmental Department. 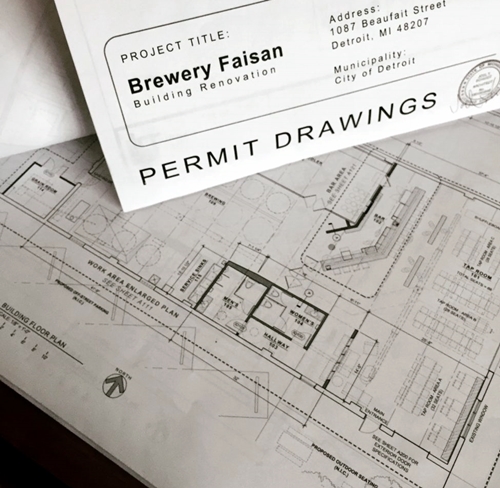 ► Belief in ourselves: "Our plan progressed from a simplified idea expressed in a few pages to over 70 pages detailing every tiny aspect of the business. . . . When questions arose from lenders, we were able to address them efficiently and confidently because the answers already existed in the plan. A thorough plan heightened by sincere confidence and belief in the project and ourselves was/is instrumental to our success thus far."

► 'We love our space:' "Pheasants roam the neighborhood that houses our 9,000-square-foot building and adjacent lot in Islandview. Our confidence in the awesomeness of our location is a driving force that has moved us through . . . getting organized and getting funded. . . . We love our space and can’t wait to share it with the world."

► 'A particular challenge:' "We spent two years searching Detroit for a location for the brewery. . . . Detroit posed a particular challenge in that many property owners are comfortable continuing to wait for their property to magically increase in value as they’ve done for decades. Frustrations aside, we enjoyed touring spaces and exploring our city." 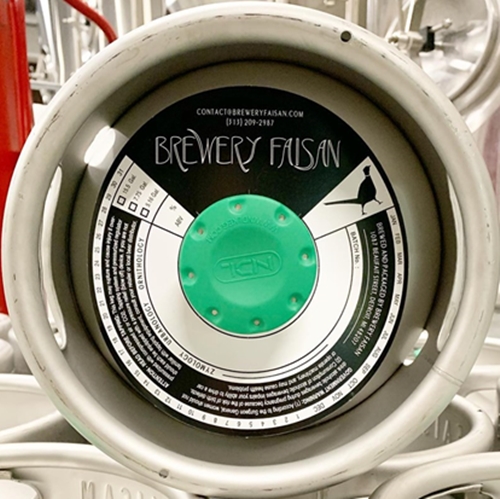 ► Motor City Match: "Our timing coincided with the City of Detroit announcing Motor City Match, a grant program. One of the program grants is for professional design services. We won that [$60,000] grant and were able to engage the architect we had chosen using those funds. . . . It saved us from having to spend thousands out of pocket. We are so grateful that this was available to us and that the timing was perfect. . . . It is one of the reasons we are able to keep our small business our own."

► 'Insane amount of time:' "Brewery Faisan required two public hearings with the City of Detroit in order to get permitted to begin construction. . . . The hardest part was the insane amount of time it took to do so. We began the process by applying for the site plan review on Nov. 15, 2017 and everything was finally fully permitted on Oct. 17, 2018, just under one year. ONE YEAR. Let that sink in for a minute."

► 'It has begun:' "The approval stamp still wet on the construction permit, we came back to our building with crews having immediately started cutting out new openings in our walls and tearing off the crumbling mess that was our building's roof. It has begun."