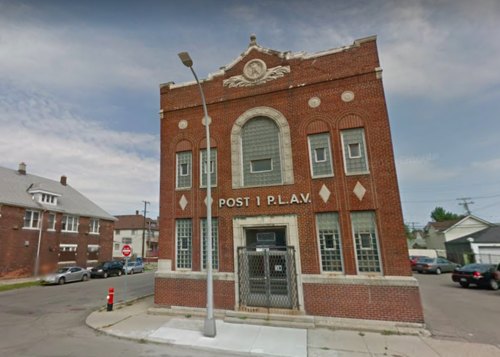 The second largest recipient of grants awarded through this year's Knight Arts Challenge Detroit is a to-be built two-screen movie theater in Hamtramck called Film Lab, where movies will begin screening next weekend.

As its name suggests, this isn't your average movie theater. For starters, it's in an old veterans' hall; tickets cost just $5-$8; the films are foreign and independent; and there will be beer and, at least occasionally, pop-up chefs.

The Film Lab concept is part of a growing trend. Venues called microcinemas are showing films in small spaces to niche audiences, and they often offer food and drink to make film viewing a more social event.

[But founders Josh] Gardner and [Lara] Sfire ... want to stress to cinephiles that the bar-movie concept doesn't necessarily mean an end to standard cinema etiquette.

“This is not brew-and-view, where the movie is just on in the background," Sfire says. “Yes, you can quietly order a drink or popcorn at the far end of the bar, but the viewing experience is still front and center."

The Freep reports the pair have sunk $160,000 into rehabbing Film Lab's building, at 3105 Holbrook, which has helped ready the downstairs for showings. Knight awarded Film Lab an additional $100,000, which will be put toward building out two screening rooms upstairs.