A fired high-ranking Macomb County official, who is suing the county for racial discrimination, had previously left county government under a cloud, before County Executive Mark Hackel welcomed her back. 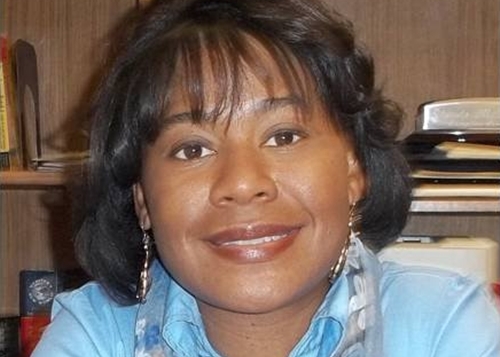 Rhonda Powell’s lawsuit in Macomb County Circuit Court claims she has been a whistleblower, exposing demotions and the downgrading of employees’ status in a workplace that targeted African Americans. Her firing was retaliation, says the African-American woman.

In response, the county says she made a mess of things as director of a new mega-agency, the Health and Community Services Department.

Hackel, who is named in the suit as a defendant, in the past had defended Powell aggressively, though a 2010-12 government audit had questioned her spending practices as director of a small county agency. Now, Hackel says Powell’s firing last month came because he “lost trust” in her ability as an administrator.

In 2012, Powell quit her job as Senior Services Office director when the department was on probation, imposed by a regional agency, for sloppy record-keeping that failed to adequately show how the county department was spending state and federal funds.

Shortly after taking that county post, where she was paid $81,000 a year to oversee 15 employees, Powell had ordered a $15,000 upgrade to her office using state/federal money in the agency’s budget.

Five months after the work was completed, severe funding shortages forced the Senior Services agency to shut its St. Clair Shores location where adult day care was provided for the elderly. Powell left for a higher-ranking job in state government.

When Powell announced her whistleblower lawsuit at a press conference earlier this week, perhaps her most inflammatory allegation was this: She said the county HR director offered her “hush money” to keep quiet about the racial discrimination claims that she forwarded to the state Department of Civil Rights.

The Hackel administration quickly turned the tables. Hours after the press conference, county officials said that Powell’s dismissal was not racially motivated and that it was not retaliation for any whistleblower activities.

Instead, they made several explosive claims about Powell’s performance on the job, including:

The county’s chief legal counsel, John Schapka, did not offer any further details.

Macomb County government has faced numerous complaints, including lawsuits, over the past two decades that contended racial discrimination in the workplace. Blacks have rarely been chosen as top administrators and Powell represented, time and again, the chance to improve diversity in a county where whites have long dominated every aspect of local government.

When she was under consideration for the Senior Services job, Powell’s background was in caring for the homeless, not assisting seniors. The county preferred applicants with a master’s degree. Powell came up short, though she was in the middle of an online master’s program.

What’s more, the former assistant director and interim director of the agency at the time, who is white, applied for the job but apparently was never called for an interview.

The black community, including several ministers, publicly pushed for Powell’s appointment, which made her the highest-ranking black department head in county history. In particular, the activist Rev. D.L. Bradley of Clinton Township was outspoken then, and he is among Powell’s strongest adherents now that the whistleblower lawsuit has been filed.

Before her county government employment, Powell was well known in many Macomb County circles, due to her former work with the Mount Clemens school district and her seat on the board of Henry Ford Macomb Hospital in Clinton Township.

Since then, she has experienced an extraordinarily rapid rise.

In February 2010, Powell was named director of the Macomb County Rotating Emergency Shelter Team, or MCREST, which aids and houses the homeless. In May 2011, Hackel appointed her to the Senior Services post.

Thirteen months later, she left the county to become the deputy director of the state Office of Services to the Aging. Some 1½ years after that, in January 2014 she departed that perch in Lansing to return to Macomb County, where she was awarded a six-figure salary as director of the Macomb County Community Services Agency (MCCSA), now known as Macomb Community Action.

“Rhonda is a proven leader and we are extremely pleased to have her back,” Hackel said at the time.

In 2017, she got her big promotion to Health and Community Services director, one of the top posts in county government.

Six jobs in 10 years. Her supporters would say that chronology shows that she has quickly climbed the ladder based on her abilities. But the rapid changes in her employment also raise questions. Now Hackel’s legal team, hoping to fend off a $5 million claim, will dig for some answers.

Fired Macomb Agency Head Casts Herself as a Whistleblower in Lawsuit, Oct. 9