Though the topic is serious and the revenue is real, Crain's can't resist starting with a wink and a smirk. 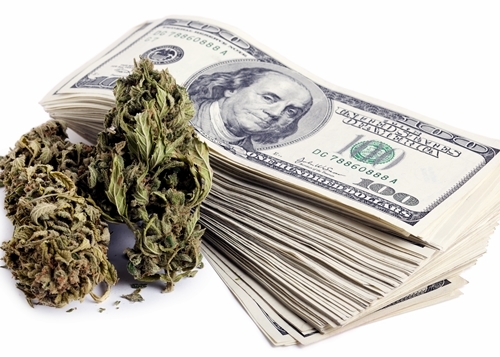 "Growing like a weed" says its headline atop a report on what a suburban Detroit credit union chief executive calls "the best business decision she's ever made." Paragraph one also has wordplay:

Sterling Heights' Live Life Credit Union doubled its assets in the past 10 months — all organic growth.

More than $500,000 in cannabis money is deposited weekly at the institution, which is the exclusive reason its assets have ballooned to $26 million.

Live Life made the decision to provide banking services to the state's legal cannabis industry just over a year ago amid a shaky regulatory framework and excessive risk.

The credit union, tucked into a Van Dyke Avenue storefront next to a health clinic, has 100 cannabis-related accounts among its 1,400 depositors, writes senior reporter Dustin Walsh.

But capitalizing on cannabis isn't easy. The institution is buried in the burden of compliance as it walks the fine line between lending and laundering.

"It's been an adventure," [CEO Karla] Haglund said in the back office of her strip-mall credit union. "The reporting is strenuous and complicated. . . . A few of us have basically been working around the clock for the last eight months, but it's been worth it."

The credit union plans to move soon into a former Bank of America in Fraser for more space. (Photo: Google Street View)

Complying with federal rules incudes reportring deposits and withdrawls above $10,000 -- "which is nearly every transaction for its cannabis customers, Haglund said." In addition, she tells Walsh, bankers must monitor licensed pot merchants closely.

"I need to know if there is suspicious activity. If they are depositing $100,000 a week, but have an empty store and only one cash register, well, I have to ask some questions." . . .

Live Life has hired two more employees since it started accepting cannabis business, upping its total to eight employees. . . . "They come in with such large sums of cash, we simply needed more people just to count down the money," [the CEO says]. . . .

Haglund said banking cannabis has been a boon for Live Life. The bank can now loan twice as much to its customers and potential customers than it could before.

The 2,100-word look at what Crain's calls "canna-business" banking and "turning leaf to loans" also has comments from a Royal Oak dispensary executive, a Michgan banking lobbyist and a Grand Rapids lawyer.