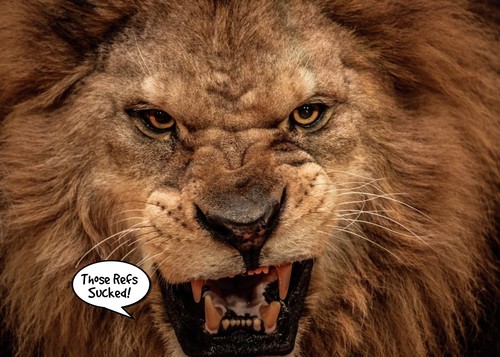 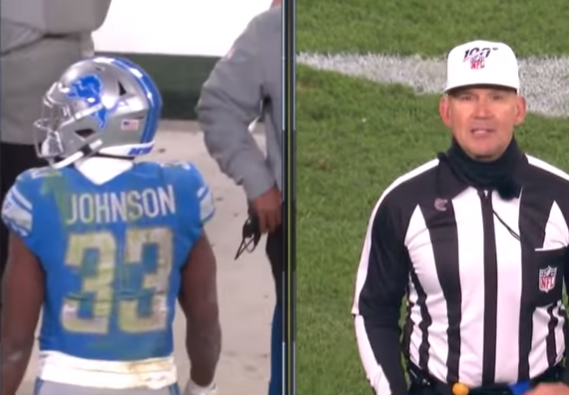 We can't blame it all on lousy officiating. But bad calls by refs against the Detroit Lions on Monday night in Green Bay arguably gave the game to the Packers by a score of 23-22.

Instant replays showed the refs clearly screwed up and TV commentators weren't shy about chiming in about it.

The latest venting came as the owners gather in Fort Lauderdale, Fla., for a regularly scheduled meeting Tuesday and Wednesday. A sure topic of conversation will be what happened Monday night, when the Packers beat the Lions, 23-22, at Lambeau Field on a field goal as time expired, with Green Bay’s winning drive extended by a penalty called on Lions defensive lineman Trey Flowers for illegal hands to the face. That call cannot be reversed on replay under NFL officiating rules, although viewers of the ESPN broadcast could see replays showing that Flowers did not put his hands into the face of the Green Bay offensive lineman who was blocking him.

It was the second erroneous hands-to-the-face penalty called Monday night against Flowers, replays showed. There also was a possible pass interference penalty against the Packers that went uncalled and was not challenged by the Lions.

“I think the Lions are going to feel like they played better than the Packers tonight and the officials took this one away,” ESPN analyst Booger McFarland, a former NFL defensive lineman, said as he railed against the missed calls.

Others weighed in, including former Lions quarterback Barry Sanders.

That is sickening... the @NFL needs to look at a way to prevent that from happening. Two phantom hands to the face calls really hurts us tonight. Yes, we could have scored TDs, but @Lions played too well to have the game end this way. #DETvsGB @espn