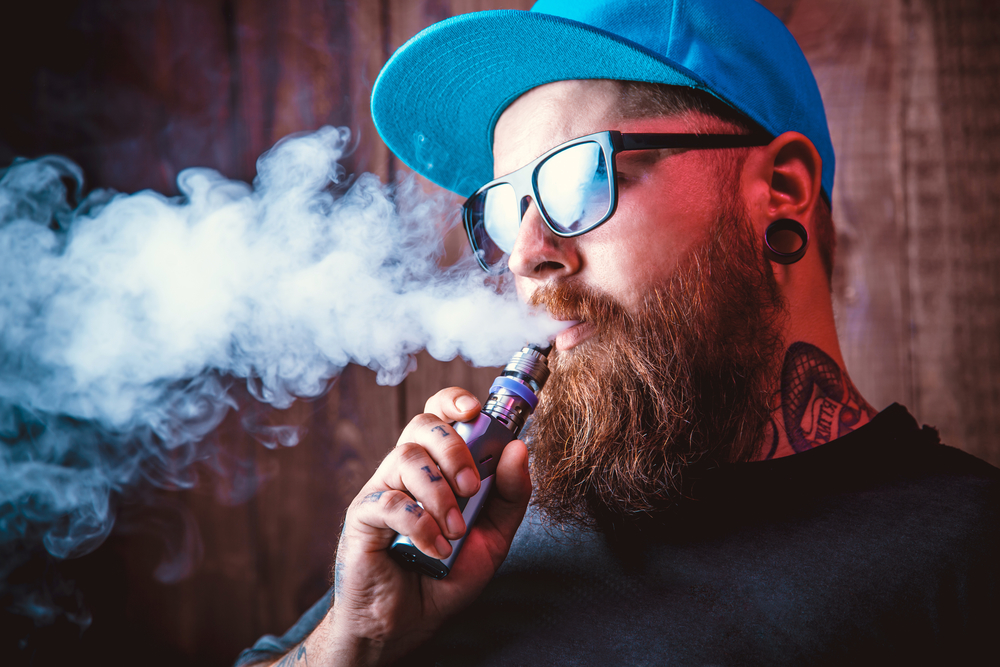 Judge Cynthia Stevens' preliminary junction had been requested by vape shop owners, who argue in a lawsuit that Whitmer overstepped her authority by banning flavored nicotine vaping products without the approval of state lawmakers, Steve Neavling of Metro Times writes. The distribution ban took effect Oct. 2, and the governor vows an appeal directly to the state Supreme Court.

"The decision is wrong," she says in a statement (below). "It misreads the law and sets a dangerous porecedent of a court second-guessing the expert judgment of public health officials dealing with a crisis."

The ruling blocks the state from enforcing the ban. Michigan has an estimated 400,000 vapers, Neavling reports.

The judge said the ban is likely to cause irreparable damage to two lawsuit plaintiffs — vape retail franchise A Clean Cigarette and 906 Vapor in Houghton, a retailer owned by Marc Slis.

The governor's office posts this statement: 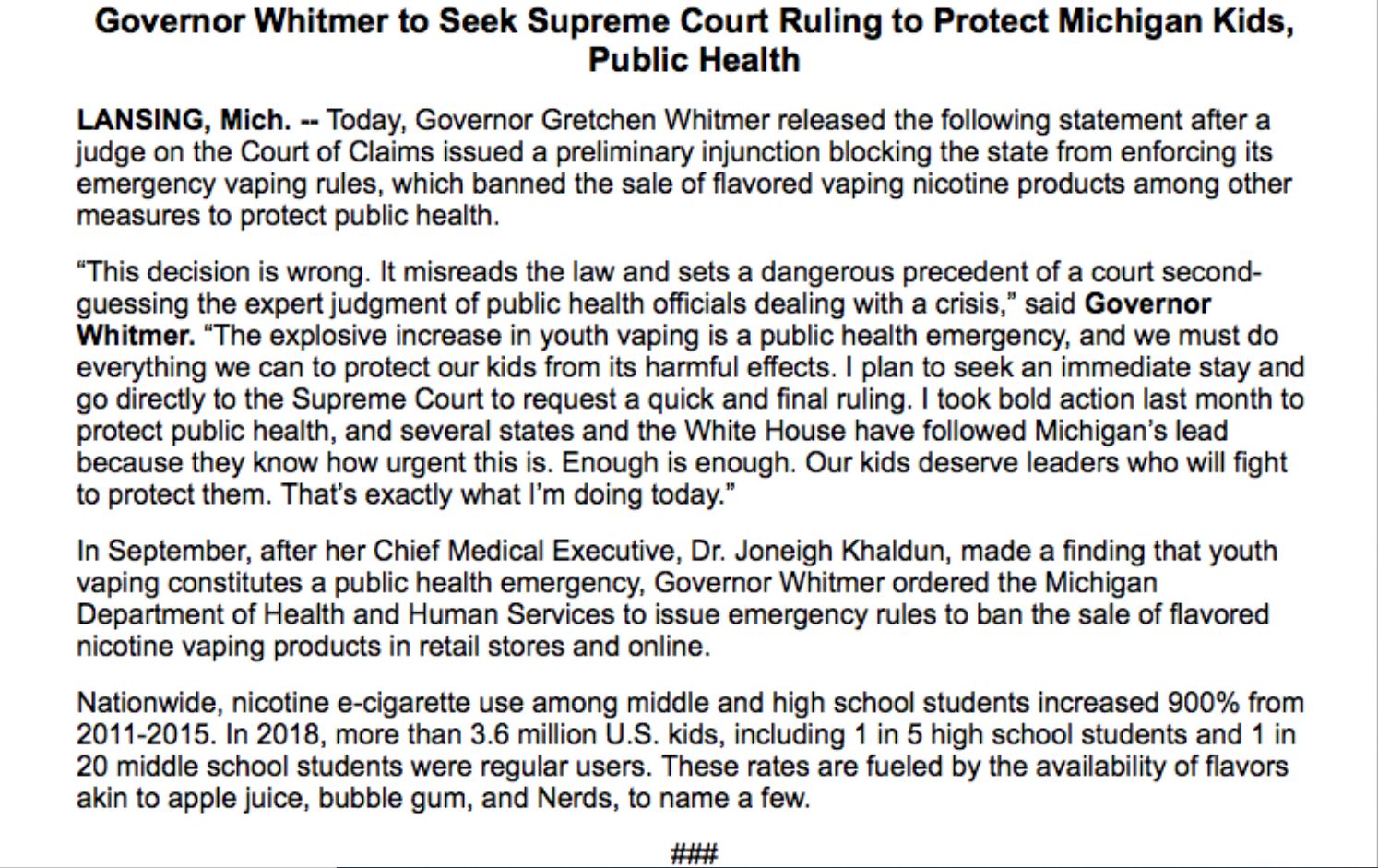