Michigan Republicans want to make it easier to carry guns 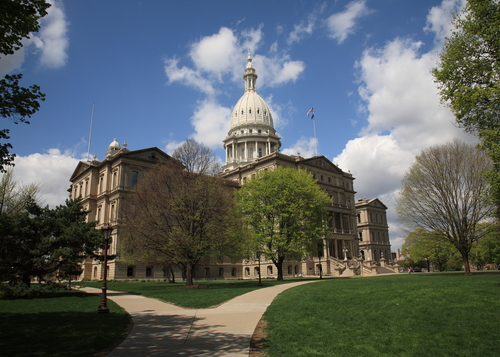 Democrats vying for the presidency last night debated gun control measures that would reduce the number of weapons in the hands of Americans. A much different debate is taking place in the GOP-controlled state Legislature, where The Detroit News reports a bill to eliminate requirements for concealed pistol training or licensing is under consideration

The legislation also would ease bans on carrying a concealed pistol in a child care center, sporting arena, bar, church, hospital, or college campus by allowing private entities to either deny or allow concealed carry in those locations. If those locations were public, concealed carry would be allowed by default, said Rep. Steve Johnson, a sponsor of the five-bill package.

Existing concealed carry bans at schools would stay in place under this legislation.

“What we’re really doing when we declare a place to be a gun-free zone is informing would be criminals that this location is where you can safely assume their victims will be defenseless,” said Rep. John Reilly, R-Oakland Township, a sponsor of the bill.

Much of the proposed legislation brings concealed carry rules on par with open carry laws, which don’t require a license or training under Michigan law, said Johnson, R-Wayland.