Grand River, a main thoroughfare, was once a thriving commercial district in Detroit. It was home to the legendary Carl's Chop House where figures like Jimmy Hoffa lunched, and Olympia Stadium, where the Red Wings played and giants like the Beatles, Marvin Gaye and Bob Dylan performed. 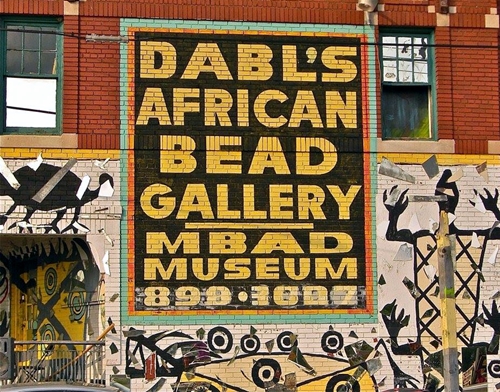 After the 1967 riots, thing changed for the worse and most parts of the business district never recovered fully.

But there's a bright spot in the 6500 block of Grand River near West Grand Boulevard: The MBAD African Bead Museum run by Olayami Dabls. Sixteen years ago he created a space for the community to understand its African heritage.