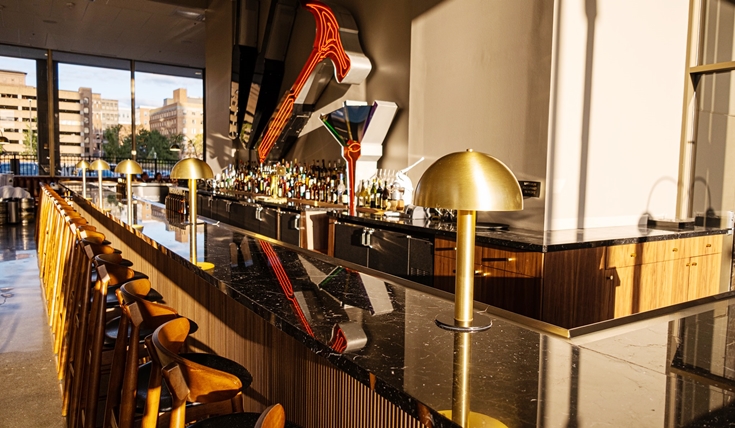 It's on the ground level of an office building that had the Michigan Regional Council of Carpenters' headquarters on its highest floor, topped with three pulsing neon hammers striking a nail. The Professional Plaza tower has been converted to apartments. 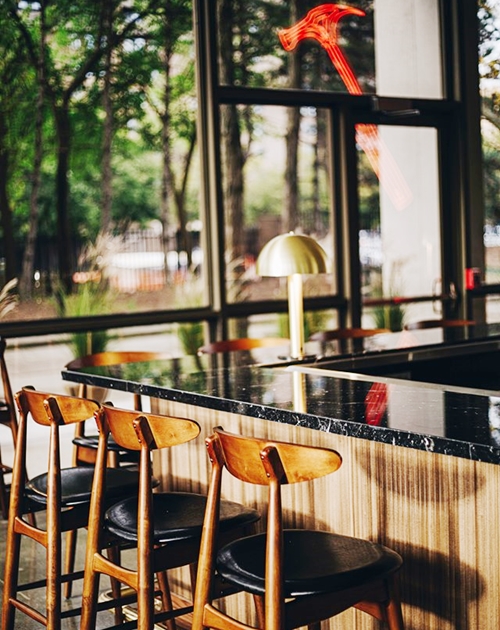 Wine, beer and cocktails will be served at Woodward and Selden.

"The new bar is designed to pay homage to the building's past, complete with one of the two original exterior signs prominently hanging behind the bar," Mark Kurlyandchik writes at the Free Press. "The animated neon sign . . . is unmistakably the focal point." (See below.)

The dining reporter talks with general manager Rick Paulger, "a well-known figure in the Detroit cocktail scene, most recently as head bartender at Roxbury Group's Buhl Bar downtown and previously at nearby Roast and the Sugar House in Corktown."

He and head bartender Desmond Oliver crafted a list of 10 house cocktails, many of which haven't graced local menus in decades. Drinks like the Harvey Wallbanger and the Blue Hawaii will share space with the Black Russian and the Pink Squirrel.

In addition to $13 cocktails, Hammer & Nail will serve wine and Schlitz, Blatz, Stroh's, PBR, Budweiser and Black Label ($3/can, $6/draft) each day of the week. If your brew isn't listed, you're in the wrong part of Detroit.

The newcomer has a Facebook page with 140 early followers and a "coming soon" website that's still bare.