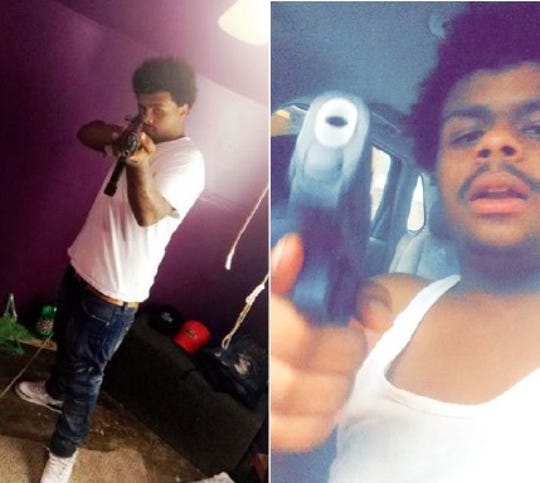 Alberto "Berto" Jackson, a Latin Counts gang member, was sentenced Thursday in federal court in a drive-by shooting in southwest Detroit two years ago that left one dead and two wounded.

Jackson, 20, was in one of three cars that pulled up on a Southwest Detroit home and opened fire on Oct. 7, 2017. Two bystanders inside a parked car were and wounded. A gang member who got out of one of the three cars was fatally shot, supposedly by friendly fire.

The Latin Counts, a Chicago-based, Hispanic gang, operates locally in Southwest Detroit, Lincoln Park and Ecorse, and has been linked to murders, robberies and drug trafficking.

"The Latin Counts use violence to retaliate against rivals, intimidate citizens in the community, and advance members’ positions within the gang," the U.S. Attorney's Office said in a release.