Detroit chef Kate Williams gets personal: 'Gramms, I wish you could be here' at Karl's

This is adapted from a weekend Facebook post by the chef-owner at Lady of the House in Corktown and the two-month-old Karl's diner in downtown Detroit's Siren Hotel. A gallery of five Karl's scenes is at the end.

Maybe I've just turned into my mother, but it's hard not to walk into Karl's daily without tearing up just a little bit thinking of my Grandma Barb.

She was born in Detroit in 1929 and passed away two years before I returned home to the city. The Karl's Maurice salad is named after her, as she loved the J.L. Hudson’s Maurice. 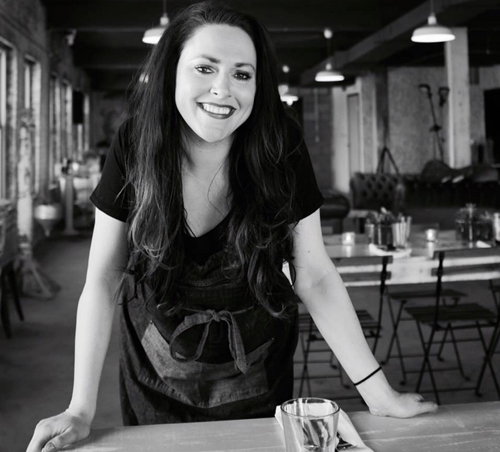 Kate Williams: "She was so excited to treat me to dinner at Rocky's of Northville (what she called 'our place')."

Grandma used to make all the Barbie clothes for her five daughters, as she and Grandpa Jim raised seven kids on a union electrician's salary and were committed to sending all of them to Catholic school. They called all 24 of their grandchildren on their birthdays and harmonized "Happy Birthday" every single year. She even called for a few years after grandpa had passed away and sang herself.

She'd always make us grilled cheese sandwiches when we came over and was in their church choir until the very last moment she could.

Even on a budget, she always was glamorous and dressed to impress -- a trait she passed onto my mom, who still cringes that I only wear black, a top bun, and a bandana (sorry mom).

Grandma used to say to me in my teens: "Kate, you gotta start wearing hats. The guys love the hats.” She wore amazing hats 'til her earthly end. 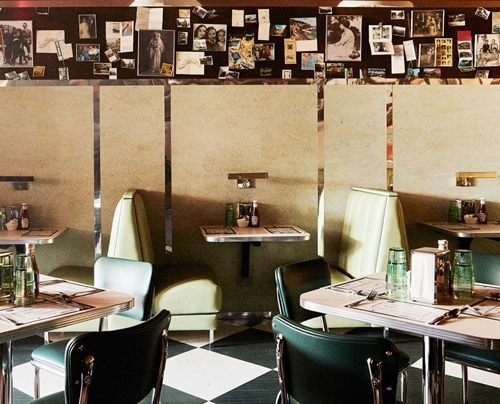 The chef wonders what her grandmother "would think walking into Karl's and seeing her family all over the walls."
(Photo: Christian Harder for Karl's)

In some of her last years, while I was in high school, I would go over to her condo after school and she'd have me iron for her and help her put on jewelry. (She had developed a degenerative disease, similar to Parkinson's, and couldn’t do it herself anymore.)

She probably paid me, but I only remember that she was so excited to treat me to dinner at Rocky's of Northville (what she called "our place”), where I would drive us to eat each night after I ironed for her -- just the two of us.

I can’t imagine what she would think walking into Karl's and seeing her family all over the walls and menu.

Gramms, I wish you could be here. 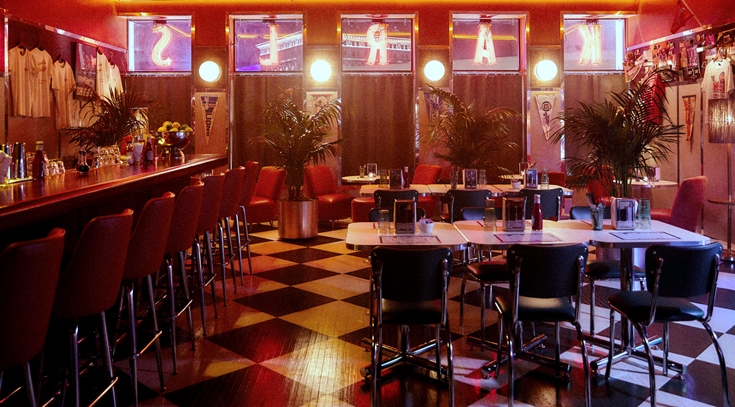 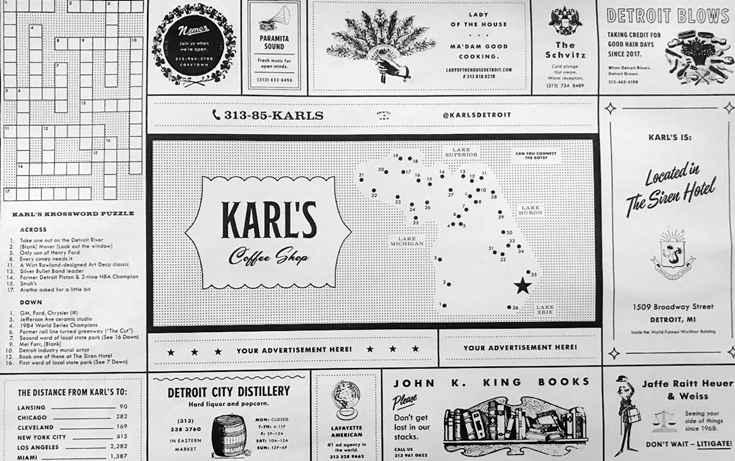