A Livingston County reindeer wrangler who was a Tea Party congressman from 2013-15 "appears to want his old job back," Michigan Advance notices.

[Kerry] Bentivolio’s congressional campaign, which is not yet registered for 2020 with the Federal Election Commission, sent out a fundraising email over the weekend titled, “Socialism or Freedom?” asking for “$20.00 for 2020!” for Bentivolio for Congress.

The email is from “campaign volunteers to re-elect the Honorable Kerry Bentivolio to the US Congress.” 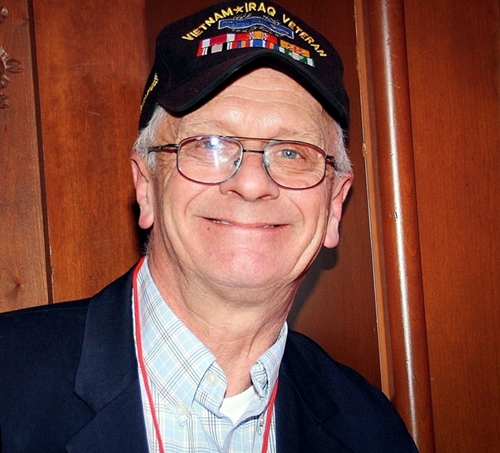 Kerry Bentivolio: "There is no longer a middle ground. ... The battle lines are drawn!"
(Photo: Facebook)

That last bit makes him sound like the incumbent, though first-term Rep. Haley Stevens, D-Rochester, holds the seat.

The solicitation, which has 14 exclamation points and misspells the U.S. House aisle between parties as isle, says Bentivolio and Donald Trump each "battled the likes of Nancy Pelosi and corrupt Republicans to get things done."

The battle lines are drawn!  Do you choose freedom? Or shall we be slaves to the Democratic Socialist Nanny State? It is decision time!

If he challenges Stevens for re-election, Bentivolio can count on hearing and seeing a nickname -- Krazy Kerry -- frequently flung by critics during his term. "He often was painted as flaky and irascible," a columnist recalled near its end in fall 2014, when he was unseated by David Trott, a Republican.

Bentivolio, an Army veteran who turned 68 this month, taught English and history in Pontiac and then in Fowlerville Community Schools before running for Congress. He has an education master's degree from Marygrove College ('01).

He and his wife Karen have lived on a small Milford farm since 1982, where they raise reindeer trained to pull a sleigh in holiday events during November and December. Bentivolio, dressed as Santa, holds the reins.