Richard Nixon's ghost stalks Detroit this week before Halloween. An editorial chastizes Mayor Mike Duggan for not heeding a Watergate lesson all politicians should recall.

"The attempted cover-up by the Duggan administration of the mayor's special treatment of a charity run by a close friend is worse than the offense he is accused of committing," The Detroit News says Wednesday atop its opinion page. 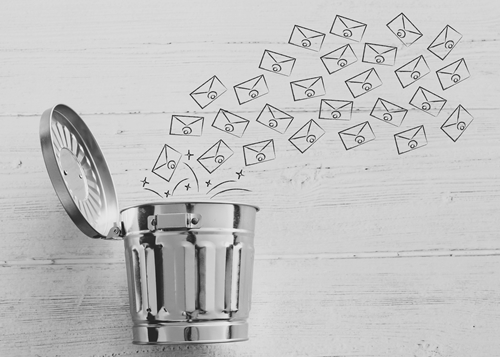 "It is . . . likely that the emails were killed to protect Duggan." (Graphic: DepositPhotos)

The editorial board, overseen by Nolan Finley, criticizes "the way in which his administration responded to the investigation" of "allegations that Mayor Mike Duggan used city resources to give special treatment to a Wayne State University-associated nonprofit run by a woman he’s close to."

Duggan says that he still stands by the city's partnership with Wayne State, and that efforts through the program have resulted in a 37% reduction in preterm births earlier than 32 weeks.

That's fine, but the way in which his administration responded to the investigation is not. Alexis Wiley, Duggan’s chief of staff, ordered that emails related to Make Your Date be deleted. 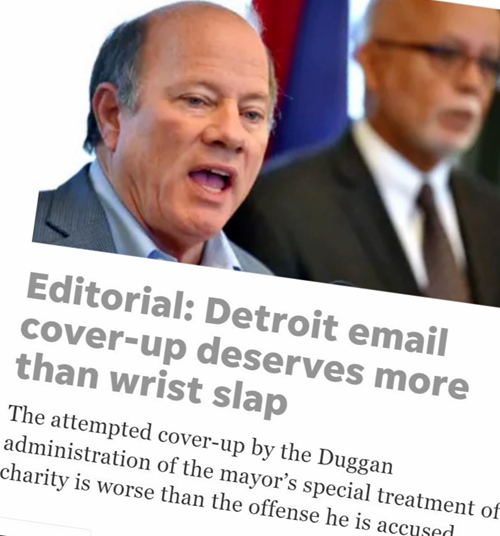 "The attempted cover-up is what really stinks."

The mayor says she acted to shield low-level staffers, but Team Finley doesn't buy it.

The official explanation seems disingenuous. It is much more likely that the emails were killed to protect Duggan. . . .

Deleting emails has become an all-too-common means of escaping public scrutiny. And while the emails have since been recovered, the attempted cover-up is what really stinks. . . .

An administration that has done nothing wrong should have nothing to hide.