Something New: How to Pass Through Metro Airport Security Without a Ticket

By applying in advance for a DTW Destination Pass, visitors without tickets can "surprise arriving travelers at their gates, spend extra time with loved ones who are departing, as well as enjoy our restaurants and shops," the Wayne County Airport Authority announces. 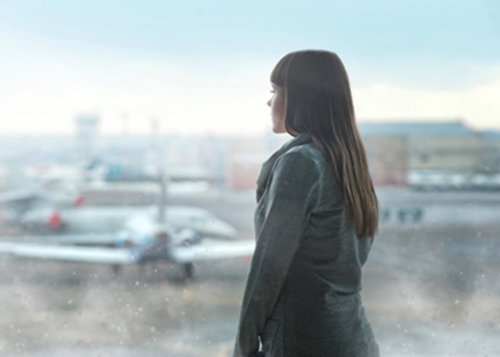 Metro "gets a lot of those requests" for visitor access to terminals, its security chief says. (Photo: Wayne County Airport Authority)

It's limited to 75 visitors per day. Here's how to take advantage:

✈ Apply a day ahead with this form. An email will say if you’re approved.

✈ Go to the McNamara Terminal baggage claim on the domestic arrivals level, between Carousels 2 and 3. Look for a DTW Destination Pass sign on the back wall.

✈ Passes are available for use from 8 a.m. until 8 p.m. Tuesday through Sunday at both terminals.

Visitors then go through the same TSA screening as fliers, with the same bans on liquids, aerosols, gels and weapons. During peak departure times, ticketed passengers get checkpoint priority.

Detroit is among a few cities testing this flexibility.

Debra Sieg, the airport's security director, tells Michigan Radio that Metro "gets a lot of those requests" for visitor access to terminals.

“If they have somebody that they’re traveling with -- or somebody who has a long layover -- and they want to go meet them and spend a few hours with them during their layover,” says Sieg.