Wayne State now offers a life-changing benefit to every Detroit teen who gets a diploma and qualifies for admission.

The Midtown university "will give free tuition to all city of Detroit students who graduate from high school, starting with this year's graduating class," the Freep reports. "There is no restriction on family income."

The free tuition is good for those attending traditional public schools, charter schools or private schools and making any amount of money. The only restriction: The student must live in the city. . . . 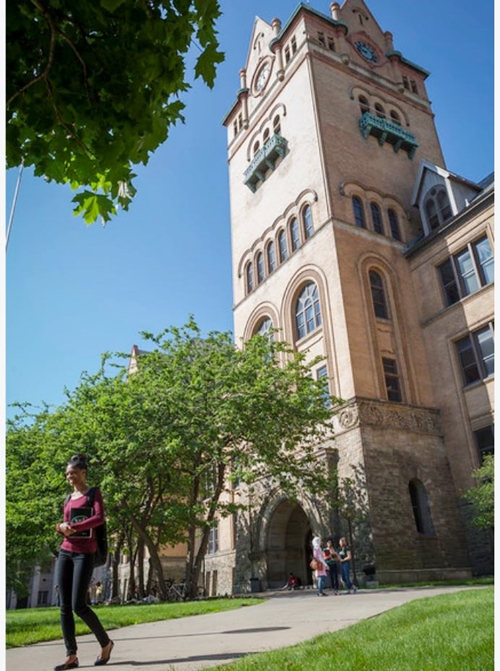 "It's really as close to free college as we can get." (Photo: Flickr/WSU)

Conditions include earning admission to Wayne State University as a first-time, full-time freshman and using a RaiseMe app to get microscholarships and complete steps linked to college success.

Recipients still must cover non-tuition costs, which are hefty and a potential barrier for some families.

This scholarship money is last-dollar-in money, meaning students will apply for financial aid, get what they can from the federal government in Pell Grants and other grants, add in whatever other financial aid they can get and then Wayne State will cover whatever is left to pay the tuition bill. . . .

The money doesn't cover books, housing or other living expenses. Wayne State's website estimates those costs could add up to another $14,000 a year for a student living on campus.

"It's really as close to free college as we can get in terms of tuition." ...

She said Wayne State will be able to accommodate any additional students. She said the university is also prepared to help students, recognizing that many students -- especially first-generation students -- have challenges to succeed at college beyond just cost of attendance.

Mayor Duggan said the break will "help open the doors to a world class education to even more Detroiters at a highly respected university."