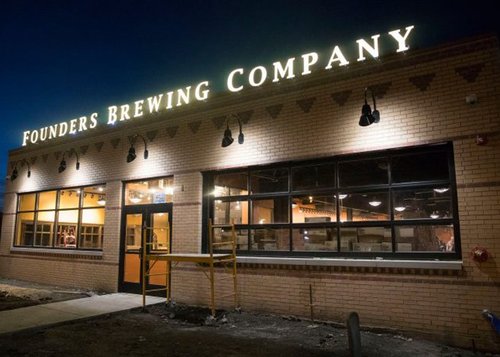 Founders Brewing has indefinitely closed its Detroit taproom over fallout from a racial discrimination suit in which the location's general manager refused to acknowledge a black plaintiff's race.

The brewery announced the decision in a message to customers who were scheduled to attend a weekend release party for its Canadian Breakfast Stout beer.

"It's with sincere regret that we share with you that the CBS bottle pickup and CBS tapping party at our Detroit location won't be happening, as scheduled," the message reads. "In light of the recent events and, more importantly, out of concern of our employees' safety, we have decided to close the Detroit taproom from Friday October 25 until furthr notice."

The Midtown taproom opened in 2017. It later announced the closure on its Facebook page, saying all employees would continue to be paid. A spokeswoman tells Deadline Detroit the pay will be commensurate with what tipped workers earn in total.