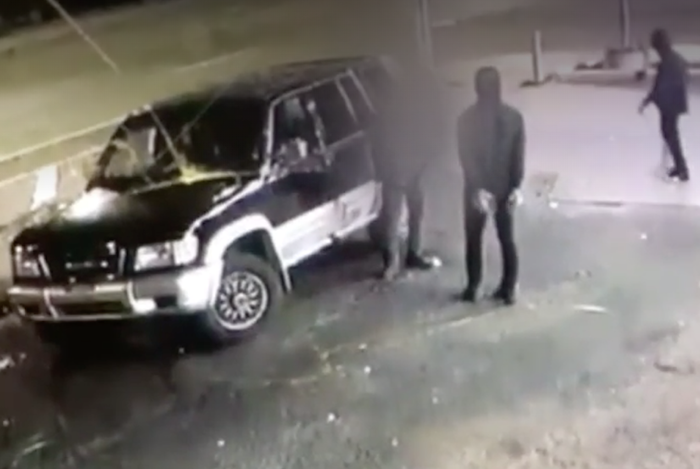 The incident is on video.

The simple task of filling your gas tank continues to pose dangers in some parts of Detroit.

The latest incident involves a 50-year-old man who was shot in the face at Clark Gas Station on Dexter between Joy Road and the Davison Freeway on Detroit's west side around 1:30 a.m. Friday during a carjacking,  Fox 2 reports. Police are searching for two suspects.

The incident was captured on camera.

It began when owner Abraham Almaisari was helping out one of his regular customers who came into the store to buy cigarettes.

When the man returned to his car he was approached by two men who asked for change.

"They walked up to him and asked him for some change and he was going into his pocket to give him change," Abraham tells Fox 2.

Moments later, Almaisari heard a gunshot and saw the man on the ground. "I'm looking out the window and I know the two kids. They come here, too," he said, adding that the pair jumped into the man's car and drove off.

The car is recovered.