Gov. Gretchen Whitmer Should Fire This WSU Trustee to End Board Paralysis -- Crain's 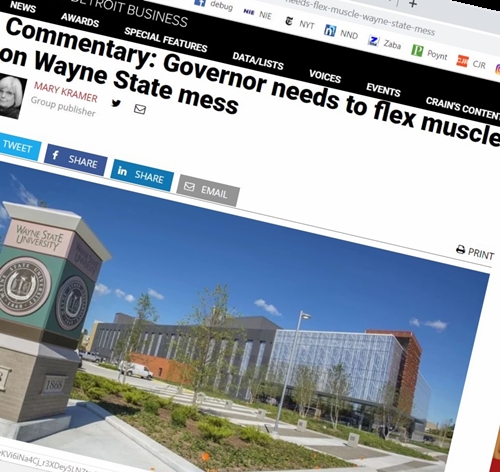 "Deciding to remove an elected official from office is serious stuff," the group publisher at Crain's says at the start of her column in this week's issue.

In Michigan, it has happened rarely. . . . But it's time — past time, really — for Gov. Whitmer to use the power given her by the state constitution to resolve the mess at Wayne State University. . . .

It's in Detroit's best interests and the state's own that WSU's contentious split on its governing board be resolved. . . . It's dysfunctional and harming the institution that should be one of the pillars of Detroit's recovery. 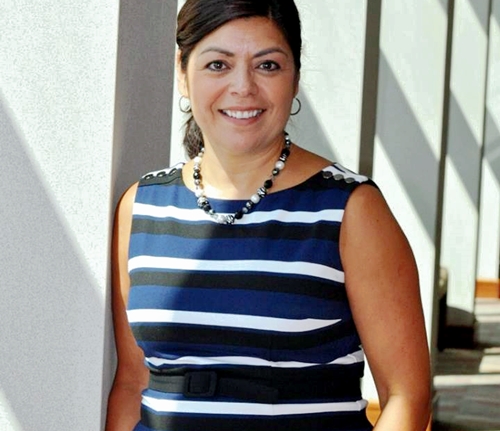 Sandra O'Brien was elected to WSU's board in November 2012. (Photo: Facebook)

The official in Kramer's cross-hairs is Sandra O'Brien of Northville, one of WSU's eight board members elected by voters statewide. She leads board members calling for Wayne State President Roy Wilson to leave.

Her term began in 2013 and runs through next year. Here's why the Detroit-based publisher wants O'Brien gone sooner:

After complaints about WSU's board this year reached the Higher Learning Commission (HLC), a national accrediting body, the university "hired an out-of-state and independent attorney to investigate claims that some members of the elected board had violated HLC norms," Kramer writes.

The attorney's report zeroed in on an unnamed board member, acknowledged publicly to be former Chair Sandra Hughes-O'Brien. In the report, she's described as repeatedly trying to run various operations at the university and threatening to have WSU employees fired — including a provost — when she didn't get her way.

HLC told Wayne State that the actions described in the report violate its accreditation criteria governing ethics and governance, specifically leaving day-to-day university operations to the administration. It asked for a March 2020 status report on how well WSU had followed the independent attorney's recommended remedial actions, including adoption of a code of conduct for the board.

The governor of Michigan could put an end to this nonsense. Under the constitution, the governor can remove an elected leader for, among other reasons, evidence of "misfeasance or malfeasance." . . . Whitmer could determine O'Brien's behavior meets the definition of misfeasance — failure to carry out the official duties of a public officer in a proper manner. . . .

The governor can — and should — act now.