Two young boys were killed in a house fire Monday morning in Grosse Pointe, The Detroit News and other media report. The cause of the fire was not immediately known.

The victims were fourth- and fifth-graders at Richard Elementary School in Grosse Pointe Farms. 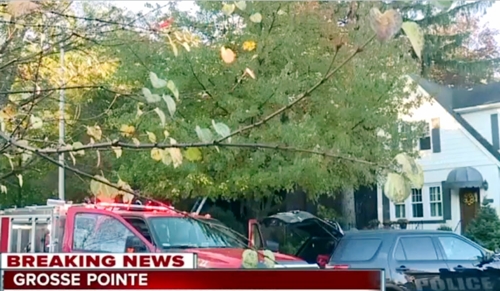 The four-alarm fire was in the 700 block of Fisher Road and Goethe Street, Jennifer Chambers reports.

A neighbor tells Fox 2 that the kids had a late start at school, and the mother left to do something. When she returned, the home was ablaze.

John Kernan, principal at Richard Elementary, asked parents to not contact their child with information of the incident via text or social media. "We believe as educators that it would be in the best interests of our Richard students if they learned of this sad information from their parents, rather than at school," he said in an email.