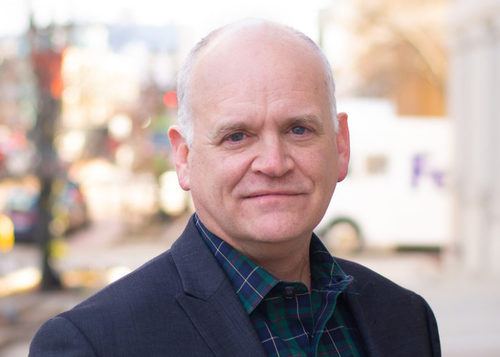 While many of us were laughing over the "Lock Him Up" chants that filled Nats Stadium during Sunday night's World Series game, former Crain's editor-turned-PR man Ron Fournier was trying to put an end to the fun.

Little did we know the admonishment would bring about even more funny. Slate seized on the tweet, raking Fournier in a satirical piece titled "I Don’t Understand Jokes or Context" by "a highly paid pundit."

As a prominent media figure—like MSNBC host Joe Scarborough and author-pundit Ron Fournier—I find this alarming and offensive. It is exactly as offensive as when Trump’s rally audiences chanted “lock her up” when he mentioned Hillary Clinton during the 2016 campaign, and when they continued to chant it throughout his appearances at rallies as president.

Although my duties in the media require me to keep abreast of the news, I have forgotten, or I fail to grasp, that the FBI had already announced that there was no justification for prosecuting Clinton over her handling of classified material when the Trump chants took place, or that a subsequent State Department investigation concluded just this month that “there was no systemic or deliberate mishandling of classified information by department employees” under Clinton’s direction.

It does not occur to me to compare this to the evidence of Donald Trump’s own criminal behavior, which is so substantial that even independent voters support the impeachment proceedings against him.

I fail to see how a political candidate encouraging a threatening chant toward his opponent—one that he would later attempt to follow through on when he took power—might be different than a group of citizens in a nonpolitical setting expressing displeasure with an elected official who, in our system of government, works for them.

And I clearly don’t understand that the expectation that journalists be fair does not always mean that they have to find liberals and conservatives equally to blame for any given problem. Both sides have gravely disappointed me, and I fear for our republic.

The editor in Fournier would likely quibble over the fact that "highly paid pundit" got his job responsibilities wrong. Fournier has mostly been out of the media game since joining Truscott Rossman last year, though he does still engage in some punditry. In January, the "left-of-center voter" appeared on MSNBC to give potential left-of-center spoiler candidates like Howard Schultz a boost.