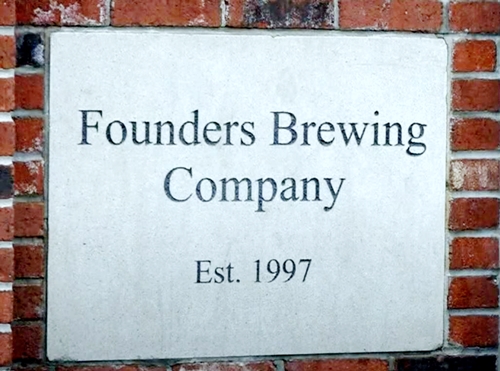 "Founders fallout continues," begins a Chicago Tribune headline Monday. In addition to noting that Harkema "publicly rebuked the brewery while quitting," the paper reports that "a prominent Chicago restaurant chain pledged to stop carrying the brand."

The Fifty/50 Restaurant Group, with 18 locations, says it'll no longer buy the Michigan brew "until we know Founders has publicly stated and put into action a proactive plan to address the racial discrimination issues within their company," a co-owner tells the Tribune. We pride ourselves on working with companies that champion their employees and uplift their communities.” 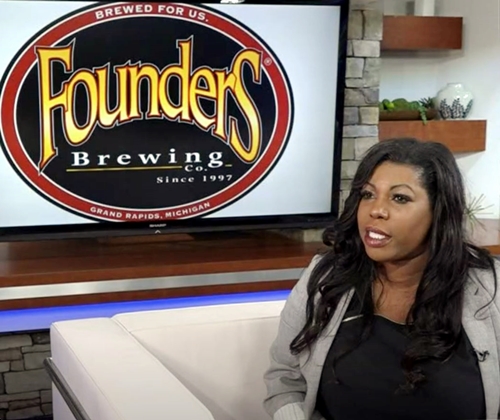 At The Takeout, a food and pop culture news site from the publisher of Deadspin and Jalopnik, a roundup this week is headlined: "The case against Founders Brewing gets even messier." Its managing editor posts:

This weekend saw an escalation of the backlash against the brewery. . . .

This lawsuit [by Tracy Evans of Detroit] has become a matter of broad national attention. Safe to say it's not just the beer industry watching any longer.

NBC News Digital also catches up. A New York reporter's 18-paragraph overview that starts with Harkema's public departure Friday. She links to that post Monday night on Facebook and Twitter, commenting: "Always speak your truth. Nothing is more transparent than authenticity."

The buzz crosses into Canada, as a Toronto beer writer's tweet shows:

The founders brewing situation has now reached the point where my Mom knows about it and is sending me links to it.

When a negative PR situation is able to reach 74 year old people in another country, there's a good chance the term omnishambles can safely be applied.