Neighbors, famiies of young hockey players and strangers are showing support for the Grosse Pointe parents whose two sons died in a house fire Monday. 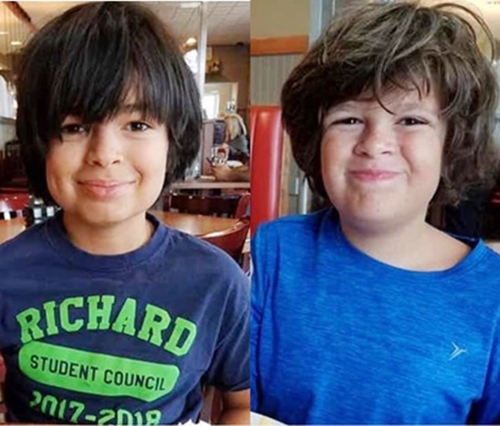 In addition, the parents of Logan and Walter Briggs Connolly say in a statement:

"A memorial is being organized for Saturday (time to be determined) at the Grosse Pointe Academy. All those who would like to celebrate  the lives of these two beautiful boys are welcome."

A St. Clair Shores Hockey Association team -- the East Side Bulldogs -- posts a Go Fund Me drive in memory of the brothers, who were 9 (Logan) and 11. More than 120 people give over $17,200 in the first day at a page that says:

"Two young brothers who loved hockey were taken tragically too soon from family, friends and the collective hockey community. We are helping raise money for this family at this very difficult time. . . . We all know how small the hockey community is, but also how we come together for one another in a time of need." 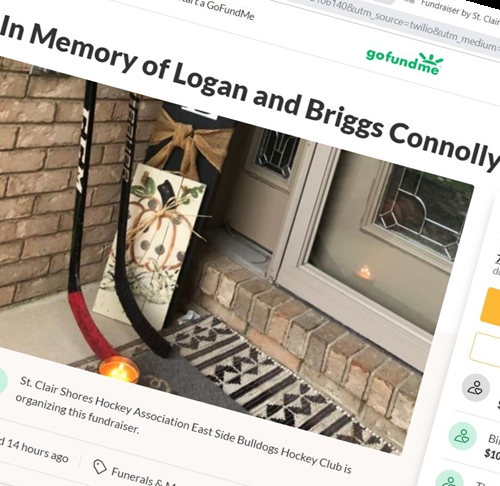 Lynn Weber, who lives three homes away from Walter and Azucena Beltran-Connolly on the 700 block of Fisher Road, tells The Detroit News both victims were avid hockey players.

A social media campaign . . . urged players to leave hockey sticks propped against their homes in tribute. . . .

The brothers were found overcome by smoke inhalation as they became trapped in their parents' bedroom trying to escape the flames that had consumed the first floor of their Fisher Road home around 7:50 a.m. Monday.

Their father was at work, teaching at the International Academy in Bloomfield Hills, and his wife reportedly was on her way to work.

Investigators believe the fire started accidentally in the kitchen, possibly from a taoster, according to the Detroit Free Press. It and The News quote the statement from the parents, who say they've "been humbled by this community's generosity."