Dawsey: Conyers wanted us to talk about reparations, so let's do so

The author, a freelance writer, is a contributing columnist for Deadline Detroit.

On the same day that the world learned that former Rep. John Conyers died, HBO aired the second episode of “Watchmen,” a TV adaptation of the comic-turned-feature-film of the same name.

Highly anticipated by fans who fell in love with the original’s violent deconstruction of the superhero genre, “Watchmen” garnered high praise from critics and about 1.6 million viewers.

But to the surprise of many, the new adaptation refused to center itself on the public and private lives of the all-white cape-and-tights crowd that creator Alan Moore used to flirt with themes like fascism, vigilantism and moral relativism. 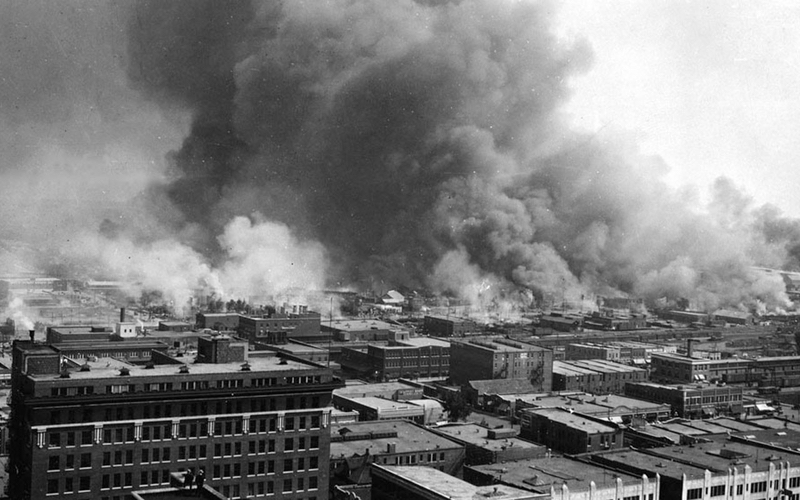 Set more than three decades after the timeline of the original, the HBO series is far different than the original. From beginning to end, the new Watchmen is an unblinking treatise on racism in modern America.

The opening scene is set in 1921, in Tulsa, Okla., in the Greenwood District, smack in the middle of the all-too-real white supremacist attack that laid waste to that city’s thriving black business district, known as “the Black Wall Street.” Viewers see blacks snatched from businesses and cars and viciously beaten. Men are tied to the backs of cars and dragged down dusty thoroughfares. Airplanes strafe sidewalks and drop bomb after bomb onto hotels and theaters and cafes.

Of course, the real-life attack was much worse. In two days of rioting, Black Wall Street was reduced to rubble. An estimated 35 people were killed; some 10,000 African Americans were left homeless; and more than $2 million (the equivalent of about $32 million today) in damage was done to real estate and personal property. 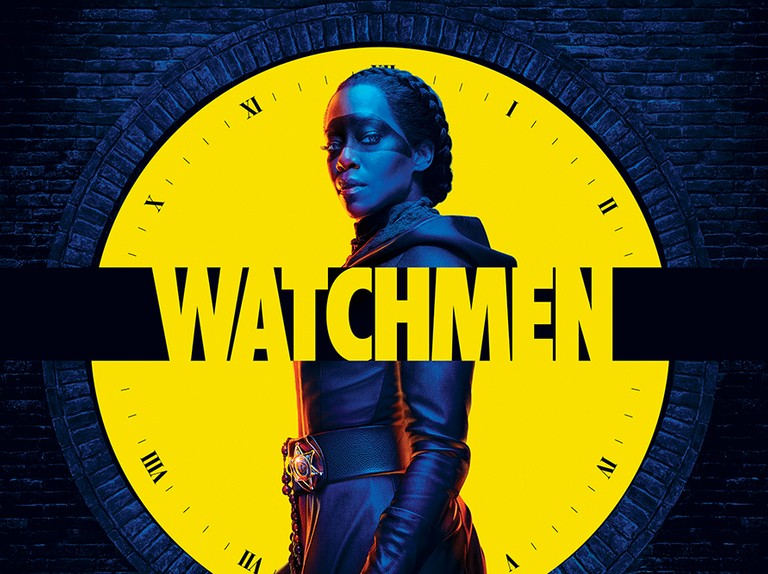 In the real world, the community that suffered that attack was never properly compensated for the lives lost, businesses destroyed or prosperity derailed. Instead, as America usually does in the face of this endless string of racist betrayal of our national ideals, the nation gave a cursory nod to the “tragedy” of the Greenwood District and sought to simply move on. There was shallow acknowledgement, but almost no recompense.

In the fictional Tulsa of “Watchmen,” though, there was a different outcome. America instead seeks to repair the damage done. Black descendants of the Tulsa massacre are compensated for the suffering their forebears endured. In this fictional world, reparations are made real.

Looking the other way

Watching the show in the wake of the news about Conyers' death, I couldn’t help but consider the parallels between this fictional Tulsa and real-world America’s struggle to even maintain a conversation about racism, let alone what should be done about it. 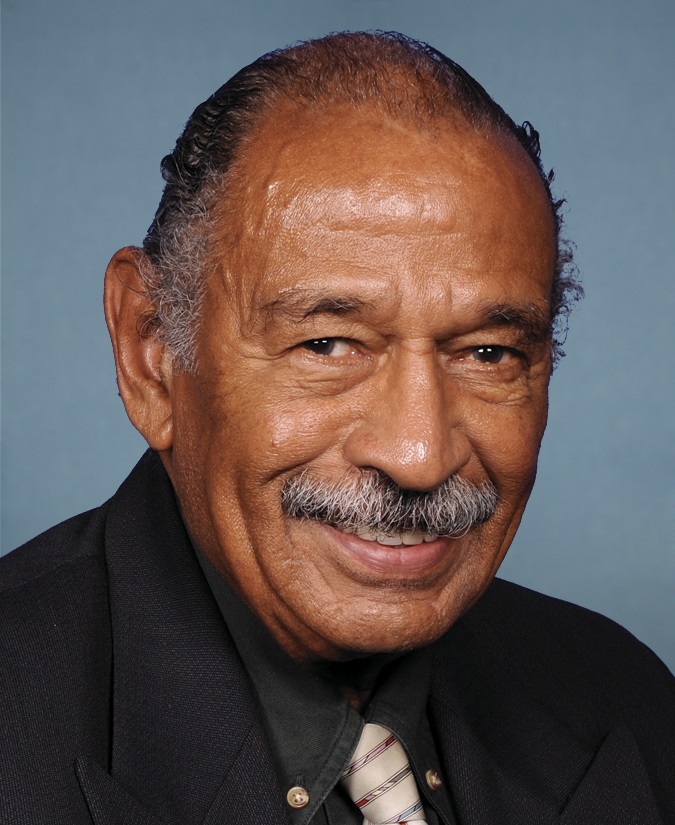 For all of Conyers’ work, in more than a half-century as a legislator, nothing he did strikes at the heart of the racism that corrodes our national life like the congressman’s efforts to provoke a national discussion about reparations owed to American blacks for slavery and its legacy. From 1989 until his last days on Capitol Hill in 2017, Conyers annually introduced House Resolution 40, a bill designed to create a commission to study slavery and propose appropriate remedies.

Although the proposal became known as a “reparations” bill, what HR 40 is, in fact, is an attempt to have a long-overdue conversation about what happened, what is still happening and how we might fix it. And there is no question that plenty needs fixing.

One glance at the racial wealth gap in America gives a startling picture of just how the past continues to stunt the future: Black people hold less than 3 percent of the nation’s total wealth. Where median family income is about $68,000 for whites, it’s a mere $40,000 for blacks. Nearly 20 percent of black households have zero or negative net worth; compared to less than 10 percent of white households.

And this isn’t a difference that will ever be overcome merely through hard work or an increase in degreed black folks or any of the bootstraps admonitions commonly directed black people’s way whenever we refer to history to understand our collective lot. We can’t simply “paycheck” our way out of this kind of deficit. And ignoring it won’t do anything either.

Even Dr. Martin Luther King understood that, without economic recompense, this nation’s promise will always ring hollow in the ears of most black Americans.

In the years since Conyers started introducing HR 40, many others have stepped forward to keep the kindling burning on the reparations discussion, from Ta-Nehisi Coates to Duke economist William Darity to the burgeoning American Descendants of Slavery movement. But too often, the national response is much like what black Tulsans got: a blank stare at best; indignant resentment at worst.

Not surprisingly, a strain of this same resentment has met even the fictional discussion of race and reparations as undertaken by “Watchmen.” While the complaints vary, one common theme from its white critics has emerged: The show spends too much time addressing racism.

The truth, of course, is the exact opposite. In America, despite our obvious obsessions with race and racism, we’d much rather gawk than talk. We’d much rather hold fast to the fiction of America as an egalitarian paradise.

Of course it’s easier to check out of the conversation than have to consider the check that would need to be cut to even begin to come close to a financial repair of the centuries of harm done to blacks. (Some estimates put the cost of reparations in the tens of trillions.) But not only do we need to find the wherewithal to have the conversation, we then have to find the will to actually fix the damage that began 400 years ago this year and persists to this day.

And this is why efforts like Conyers’, shows like “Watchmen” and related discussions online and elsewhere strike me as critical and timely.

The stain of our history will never simply go away, no matter how much we try to refuse to acknowledge our shared pain and past, no matter how loudly we turn up the volume on platitudes about equality to drown out the cries of those who know differently.

Conyers left behind a complicated and not always pretty legacy. Hobbled by failing health and laid low by a sexual harassment scandal at the end of career, the civil-rights giant was forced off the national stage and into retirement. But he had a legacy of seeking to speak truth to power, of trying to get America to see itself not negatively, but rather honestly, clearly.

Like the HBO series many can barely bring themselves to watch, Conyers wanted us to look long and hard at the ugly blemishes that deface American history and make a mockery of the ideals of equal opportunity and equal justice.

Don’t change the channel. Instead, look at the scars. Study how deeply they mar us. And move to make real recompense.

Darrell Dawsey is a Metro Detroit freelance journalist. He is the author or co-author of four books, including the best-selling “I Ain’t Scared of You: Bernie Mac on How Life Is” and “Ten Ways Not to Commit Suicide,” with rap legend Darryl “DMC” McDaniels. Darrell has been a reporter for the Los Angeles Times, the Detroit News, the New York Daily News and the Philadelphia Inquirer. He also has written extensively for numerous news and music magazines and holds a nominating ballot in the Rock & Roll Hall of Fame.