Matt Maddock hates dawdling in crowded Secretary of State branches as much as the rest of us.

Now that the Oakland County bail bondsman and political activist is a first-year state legislator, he's trying to enact an alternative, a Macinac Center for Public Policy news site reports:

Long waits at Secretary of State offices across Michigan have prompted a Republican state representative to introduce a bill that would allow banks to offer some of the agency's services. . . .

"There are 131 SOS offices, and over 3,000 banks" statewide, the Lansing newcomer posts on Facebook about the legislation he presented this week with 21 co-sponsors. "Back in the '80s, AAA offices offered limited Secretary of State services -- so it can be done." 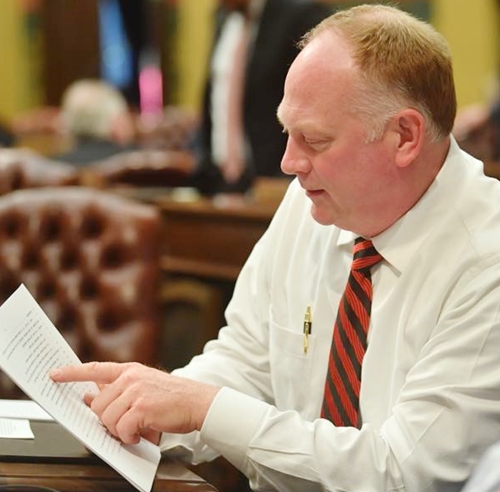 Rep. Matt Maddock: "Government should not be this painful." (Photo: Facebook)

Banks would send the state the amount for license plates, tabs, driver's licenses and business registrations that would have been collected by the Secretary of State, and could add a processing surcharge -- or "convenience fee," as online ticket sellers put it.

"Government should not be this painful. . . . I'd gladly pay an additional 20 bucks to NOT wait in line three hours," says the rookie representative, who adds on social media: "I believe the smart banks and credit unions just might offer these services for free to get new customers in the door, like grocery stores giving away eggs or milk at a reduced cost."

Maddock, elected last November, posts that he's "also working on two additional bills to make life less complicated for us: Elimination of license plate tabs [and] choice to renew a plate for up to three years."

These bare among constitents' online comments:

In his Michigan Capitol Confidential coverage at the Midland policy center's site, managing editor Tom Gantert supplies this context behind the bill:

"No one should have to spend hours in line at a Secretary of State branch office or waiting to vote. That’s why I will introduce the 30-Minute Guarantee. You should be able to get in and out of your branch office in a half-hour or less and get on with your day," she said. 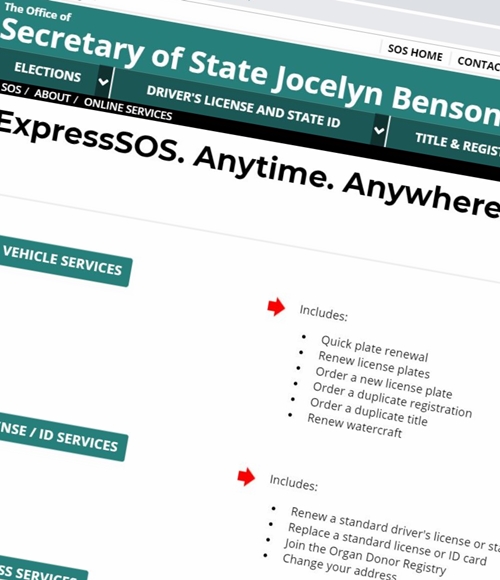 Wait times have increased, at several branches dramatically, in 2019. Average waits were higher nearly every month this year than over the past five years, according to data Bridge Magazine obtained from the department.

In some of the state’s busiest offices, average wait times now exceed two hours: In Ann Arbor, it was 136 minutes in July; a Livonia office clocked in at 130 minutes in May.

At the West Grand Boulevard branch in Midtown Detroit last July, the average wait was two hours and 11 minutes -- 31 percent longer than in July 2018.

The agency early this year scrambled to rework an online scheduling tool called MI-TIME, run by a California contractor named QLess. After being deactivated at the end of February, it now again lets patrons get "in line" virtually and come in near their turn at 43 branches. A related setup allowing specific appointment times remains spotty.

“Secretary Benson and her administration are doing the work to address systemic issues that have caused long wait times at branch offices for years. There is no quick fix that will solve these issues, but she is open to fresh ideas and partnerships."

The door seems open to off-site registration and license renewal at banks, in other words.