Detroit Teacher Gets Unpaid Suspension for Remarks Seen as Racist

[This article is corrected after mistakenly saying the disciplined person teaches at Cass Tech. We confused his case with a similar one last month at that school, and thank reader Tracey Lynn for flagging the slip.] 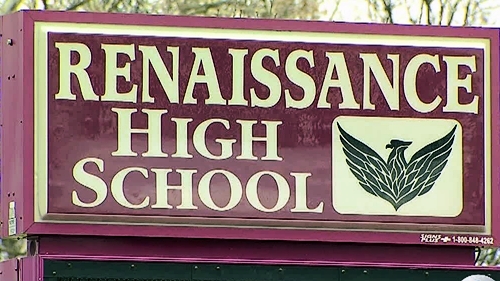 The teacher received an unpaid suspension, the vice president of the Detroit school board, Angelique Peterson-Mayberry, said during a meeting Tuesday night. The length of the suspension is unclear.

At issue were comments the teacher made after showing a video about Greece that referred to helots, a group of people in ancient Greece who were forced into servitude. The parent said the teacher then compared students in his class with helots and said they were slaves to teachers. . . .

In addition to the suspension, the teacher was required to undergo training on race, gender and privilege.

When the unnamed high school teacher returns, he's directed to have "an open conversation about the conflict" with students in the class, Chalkbeat bureau chief Lori Higgins posts.

A veteran Cass Tech teacher in Detroit has been placed on administrative leave pending an investigation for allegedly racist remarks, Mara MacDonald of WDIV reports.

The comments came during an economics class last week, students say. The teacher is known for making provocative comments.

Manisha Hurt tells WDIV hers son told her about the joke.

“He [the teacher] said, ‘Well I’m a racist now, and I know I’m insensitive to other races so maybe I’ll show up with white cloak and burning cross,'"  Hurt said.