The newcomer at West Lafayette Boulevard and Third Avenue is near Fort Street Presbyterian Church, visible at rear right in this rendering by Krieger Klatt Architects of Royal Oak.

Detroit has gained hundreds of luxury-level guest rooms in recent years, notably at the Siren Hotel (open since March 2018) and two spots launched last January -- the Element Hotel and Shinola Hotel. The roster grows again as construction starts on a 158-room Cambria Hotel on West Lafayette Boulevard at Third Avenue.

A ceremonial broundbreaking was Friday. 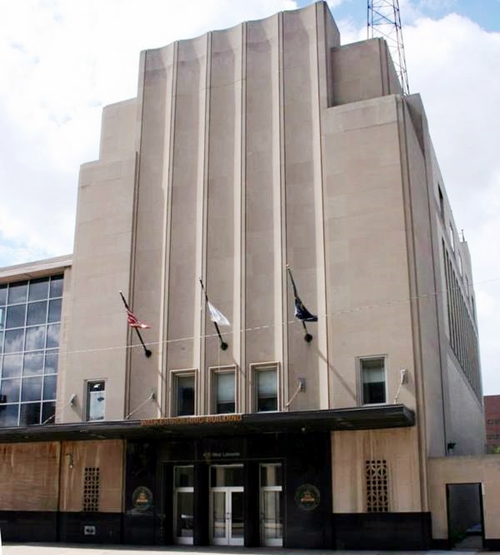 The six-story newcomer from Choice Hotels International will be in a redeveloped, enlarged building designed by Albert Kahn in the 1930s for WWJ. It'll have six stories and a new wing where a parking lot is now.

The Cambria is expected to open by fall 2020, along with tenant shops and restaurants, according to a news release reported on by Crain's.

Among the hotel's highlights are a rooftop pool and patio bar, a 700-person capacity grand ballroom and a fitness center and spa.

The project includes office space and a two-story garage for 150 vehicles. 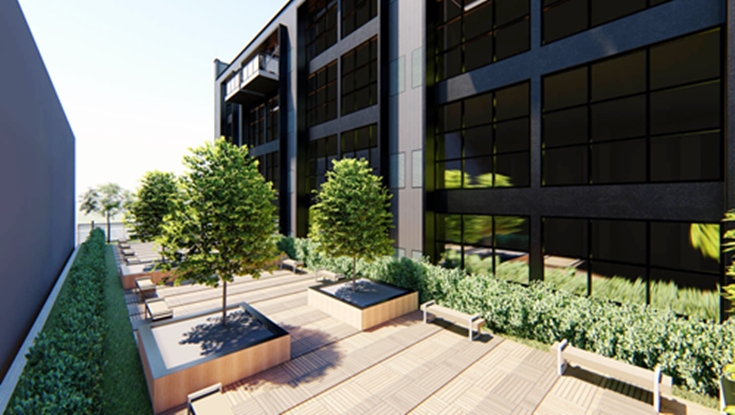 A landscaped side patio is part of the Cambria Hotel design. (Illustration: Krieger Katt Architects)